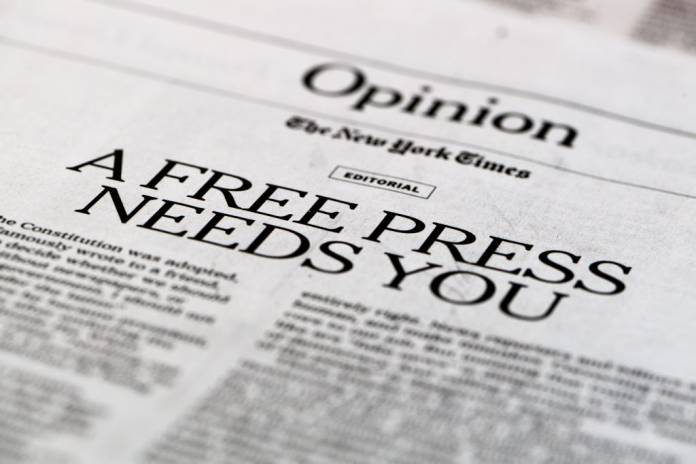 The institute for Maltese journalists, IĠM, has proposed a weekly Press Conference is organised for the sole purpose to let journalists representing all media houses to field questions. The proposal was made, significantly, on World Press Freedom Day. It also followed remarks made by Prime Minister Robert Abela during a press conference, where he stated that he would “appreciate” if journalists would only ask on the subject of the press conference and not delve into issues related to the migration crisis that Malta is currently facing.

The IĠM said that “A free and unhindered press is the only way we can have a functioning democracy…but there is still work to be done”, adding that Maltese journalists are being harassed on a daily basis. The IĠM said that applauding the work of journalists may be a ‘noble gesture’ but on the social media, meanwhile, journalists are being constantly and relentlessly bullied and threatened. The IĠM said that this is completely unacceptable “We call on the authorities, including politicians, to understand and most importantly pronounce themselves against any type of anti-media rhetoric” wrote the IĠM.

IĠM noted that the Opposition leader’s initiative to start having televised weekly interviews with questions being fielded by journalists from the independent media. This, said the organisation, is a step in the right direction towards more transparency. The Prime Minister’s attempt to muzzle the questions of the press, said the IĠM, simply fuels more hatred towards what constitutes the fourth pillar in a democracy.

IĠM expressed its regret that Malta kept stooping lower in the World Press Freedom Index issued by Reporters Without Borders. Malta is now 31 places lower than it was in 2016. “We reiterate that no society can be truly free and democratic, if it is not well-informed, and in this respect, this latest drop is worrying as much as it is disappointing,” said the IĠM.

The organisation said that weaknesses in the rule of law ultimately hinders journalism and that much more needs to be done to allow journalists access to important information. The Council of Europe’s platform for media freedom and safety of journalists’ annual report issued this week, labelling Malta as a “country of exceptional concern,” is even more worrying.

The IĠM noted “As we have seen from the public inquiry into Daphne Caruana Galizia’s murder, the failure of authorities to act on reports of corruption – in addition to allowing bad actors to act with impunity – leaves journalists alone and at risk. On this day, IĠM remembers Daphne Caruana Galizia, who was killed over two years and a half ago, by someone who wanted to deprive the public of information. While during the past months we have witnessed significant developments, we are still waiting for justice to be served”.