For a number of weeks during the reopening of the airport and the economy, the rates of COVID-19 related infections kept being at their lowest levels and this resulted in thousands of jobs which were maintained, stated the Malta Hotels and Restaurants Association, MHRA, in a statement published on Saturday.

MHRA said it considers this as a great success and said that this did not happen by coincidence but is the outcome of collective, constructive and responsible work conducted by stakeholders namely the Ministry for Tourism and Consumer Protection, the Malta Tourism Authority, the Ministry for Health and MHRA members.

The association stated that since the airport opened, gradual tourism influx together with the government vouchers scheme and salary subsidies started to give hope for economic recovery and survival of businesses and employment related to the travel, hospitality and tourism sector.

Difficulties far from over

MHRA said it believes that the way forward should remain that of working on a balanced approach. The association is of the opinion that extreme positions will guarantee a disastrous results and therefore called upon the government to keep taking the necessary actions which reflect a balanced approach.

The fact remains that if the tourism sector receives a blow, then the rest of the economy will suffer and many jobs, not only those directly related to tourism, will be put at high risk, concluded MHRA. 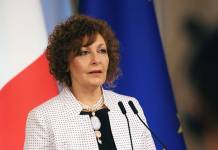