Vulnerable people remain most at risk if the coronavirus situation had to persist aditus Foundation director Dr Neil Falzon told Newsbook.com.mt. This newsroom interviewed Falzon on Monday and asked him whether they have observed an increase in the requests made for assistance whether it was buying basic needs or requesting assistance for shelter.

Dr Falzon said that as a foundation they have been receiving many calls and emails from people who found themselves in financial trouble following the coronavirus outbreak in Malta.

Since the first case was registered the health authorities have taken various measures to curb the spread of the virus in the community. Malta has been under partial lockdown after the educational institutions were closed down until next year, bars and restaurants were also closed, as well as shops offering non-essential services. COVID-19 not only sparked a public health emergency with severe repercussions on the country’s economy. Among the hardest-hit sectors one finds hospitality and catering.

Dr Falzon highlighted that many of those who have reached out have either lost their job, had their hours slashed or are risking eviction. He explained that many people were finding it difficult to buy essential groceries and medicines.

‘Not clear what type of benefits are available for foreigners’

Despite inquiring with the relevant authorities, it is not clear whether foreigners are entitled to any of the benefits announced by the government. Dr Falzon highlighted that it was not clear who as a foreigner could benefit from the financial assistance announced before by the government. Migrants paying social security contributions in Malta were not entitled to any form of social benefits, Dr Falzon remarked.

He highlighted that some clarifications were needed with regards to the status of foreigners irrespective of their documents and financial assistance.

What happens if the situation persists?

Dr Falzon clearly stated that if the situation persists and there was no direct assistance then the situation for those who are more vulnerable would inevitably get worse. He said that while as NGOs they are offering their services and assistance to those who need it, there was a limit to the work that they could do.

“The government should consider this a national emergency,” he said, adding that without a doubt the situation would see the vulnerable in our society worst off.

“We have people calling us telling us that they have nowhere to sleep,” Dr Falzon said, among those who reached out to aditus Foundation was a single mother of two who is risking eviction. The NGOs would refer those risking evictions to Appoġġ.

Asked whether they have any proposals on what the government should do to address the current situation such as adopting measures such as Portugal that gave citizenship rights to all the migrants during the pandemic, Dr Falzon remarked that in such case Portugal was assisting everyone without any discrimination based on papers or legal status.

Given the current scenario, the government could issue a call and rent rooms in a hotel to accommodate those who do not have a place to stay, Dr Falzon said.

Asked about the recent decision to place Hal Far Open Centre under quarantine, Dr Falzon expressed his worry about those migrants who tested positive for coronavirus. He expressed his concern for those who were being kept in quarantine and for their health. Dr Falzon questioned whether the residents at Hal Far Open Centre were getting the right information if their questions were being answered and whether those who were in employment will be entitled to quarantine leave.

Aditus Foundation director also expressed his solidarity with the staff working at the open centre. 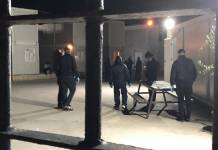