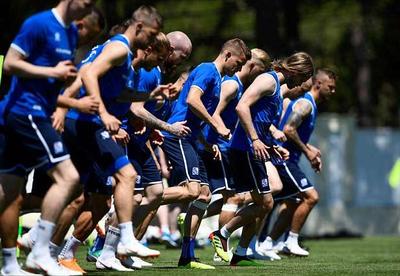 Iceland, the smallest nation ever to qualify for a World Cup, are expected to play their first game on June 16 when they take on Lionel Messi’s Argentina. The relatively small nation have Everton’s playmaker Gylfi Sigurdsson, Aston Villa’s midfielder Birkir Bjarnason and Cardiff City’s Aron Gunnarsson among their ranks and will try to repeat the extraordinary performances seen during UEFA Euro 2016. Sigurdsson is regarded as their best player and it was a relief for Iceland fans to see him recover from a knee problem. The Icelanders are currently training at the Olimp Stadium in Kabardinka and shall also play against Croatia and Nigeria in Group D.

#MySaintInHeaven; Honour your loved ones on Newsbook