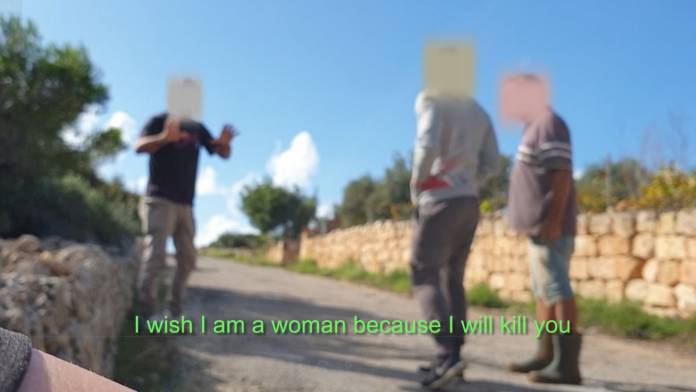 A bird trapper was slapped with a €20 fine after pleading guilty to threatening a BirdLife volunteer who tried stopping him while he was illegally trapping birds. BirdLife Malta uploaded damning footage on popular video sharing website YouTube, where the man can be heard hurling insults at the woman. The trapper also told the woman that he wished he was a woman so he would kill her.

The incident happened on 7 November when BirdLife Conservation Official Alice Tribe caught the man at bird trapping in Marfa. The volunteer called the Police who went on site. The police officers carried out an inspection on the property while Tribe waited on the street. The bird trapper approached the woman and verbally assaulted her. He claimed that she had no right to report him to the Police.

BirdLife filed two reports with the Police, one on the verbal abuse hurled at the volunteer and the other on illegal bird trapping of finches.

The man was arraigned before a court presided over by Magistrate Charmaine Galea. The man pleaded guilty to the charges brought against him and was fined €20. The man is expected to be arraigned in court over illegal bird trapping.