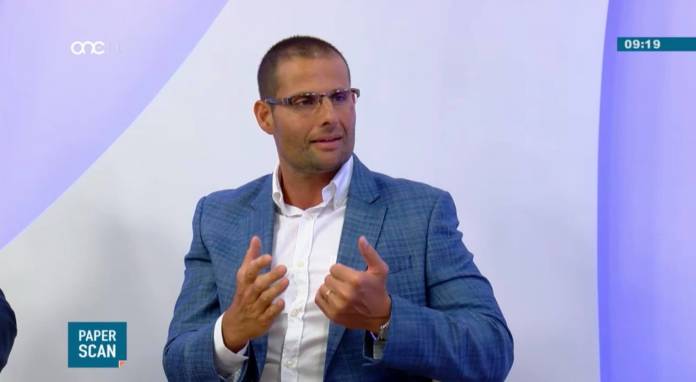 Abela said that he will not participate in any devilish pact to “buy myself a comfortable seat and withal to sell my country, the Labour Party and the true Labourites, all shrouded behind the fake excuse of unity. If I do that I would have to repay debts which will have to be paid twice over and compromises which will tie my hands before I even start. I am not power hungry and I have no rabid or blind ambition for a seat at all costs, so this will not cloud my judgement at a time that is so delicate for the whole country. Unity is best preserved through honesty and correct behaviour. Is it possible that out of all these problems,
nothing has yet been learnt” wrote Abela. 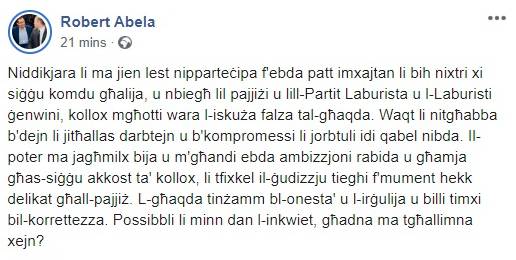 It is not ‘business as usual’ says Abela

Change wrote Abela, some 2h earlier, also on Facebook, starts from accepting the fact that in the country it is not ‘business as usual’. Effective changes, he said, must happen: cautiously but quickly. These changes, sad Abela should instil again tranquillity and unity in the country in the interests of the citizens and business. “I strongly believe that the current storm will be followed by a great period of fair weather if we work diligently. Yes, I do believe that the best times for our country are yet to come and they are not distant” wrote Abela. He called on persons of goodwill to make a collective effort to fashion unity out of friction.

“In all humility, I am ready to give the little I know to contribute to the change so that our country will once again  ecome the jewel it was such a short while ago. Let’s go for it. Together. Courage” concluded Abela. 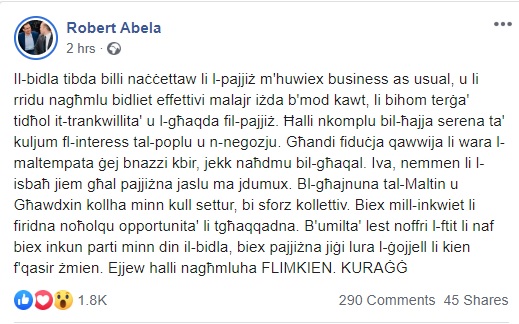