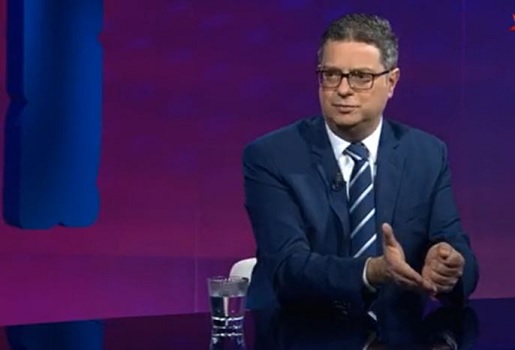 Partit Nazzjonalista leader Adrian Delia said that his action ‘against’ dissidents within the party would be a persuasion offensive.

The embattled leader was interviewed on prime time current affairs programme Dissett which is aired on the national broadcaster. Delia explained that he has to continue what was started, and forge ahead with the necessary reforms and use the persuasive approach on the dissenting factions.

The gentle art of persuasion

“Our style of doing politics is not to silence people, but to persuade them. I am convinced that when you have a goal, you could persuade all those good-willed individuals,” he said.

Paraphrasing Oscar Wilde, Delia said that by being in the news, the party was still relevant and alive, because people would discuss it. Asked whether his position was tenable following the abysmal trust ratings at the polls, Delia said that the party’s paid-up members had voted him in. He insisted that a party leader should not tie their political future to a survey result.

Asked whether he was a stubborn person, Delia said that the party had to reform itself more, before it could become electable. ‘What the people are saying is that the party hasn’t been reformed enough,’ Delia claimed. He dismissed claims of being a stubborn person. He asked if he should listen to the few or listen to those who elected him as a party leader. Delia said another vote of confidence in the leader would hold the party up to ridicule.

During the interview, Delia went off on various tangents mentioning the investigation into the Traffic Police branch overtime racket, the appointment of the Police Commissioner, corruption and political crisis which led to the resignation of Joseph Muscat from his post as Prime Minister.

The production team also doorstepped Nationalists MPs outside of parliament and were asked about the current crisis.

Herman Schiavone said that everyone was trying to help in their own way and at the best of their abilities. While admitting that the party was at its lowest point, he said that a collective effort was needed to move forward. Robert Arrigo said that while he did not vote Delia, ‘the leader remains the leader’. Ivan Bartolo was of the belief that Delia should carry out his full mandate.