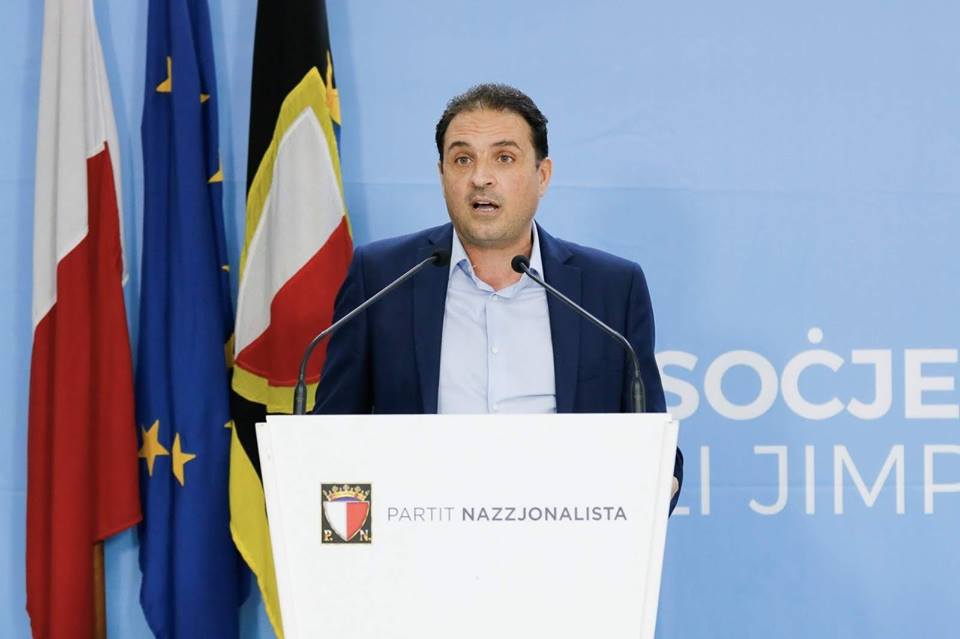 In a Facebook post, PN MEP candidate Michael Briguglio said that current issues within the party need to be seriously discussed offline within the internal structures of the party where all Councillors can have their voice heard.

He also said that this won’t only be good for PN Leader Adrian Delia’s family, but the PN on the whole will benefit from this, thus strengthening the Opposition.

To this end, Michael Briguglio clarified with Newsbook.com.mt that when he mentioned the “leadership race” in the original post, he was speaking about the one won by Adrian Delia. He added that on the day, as always, he followed party procedure because he believes in democracy and, therefore, accepted Delia’s leadership.

Delia sued LovinMalta for libel after they published what was, according to him, a series of baseless and malicious allegations about him. Delia said that journalist Tim Diacono made a number of allegations hidden behind anonymous sources.