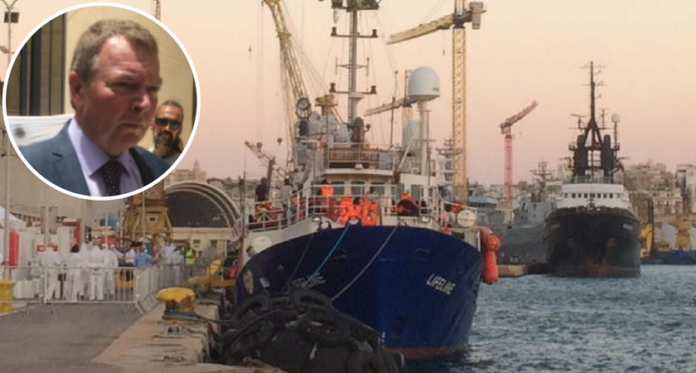 Lifeline Captain Claus-Peter Reish said he longs to go back home to see his mother, who is over 90 years old and who has her birthday in the coming days.

Reisch said only he could take care of his mother. The defence informed the court with Reisch’s request to go to Germany for two weeks.

Reisch continued by saying that while Malta is beautiful, he hopes he will not remain stuck here for long. He said he believes everyone would like his case is concluded as soon as possible.

The captain said saving lives is never a crime. The activists present applauded Reich while walked out of court.

Neil Falzon from Aditus Foundation mentioned the vigil which is to be held in Marsamxett port. Neil Falzon and Cedric Mifsud, who are part of the defence made their remarks on the media about what happened this morning in court.

Island Insurance Brokers Ltd gives back to the community

Watch: ‘This is inhumane, the situation can’t go on’ – Lifeline’s Captain Reisch

Alan Kurdi heads to Malta with 13 people on board