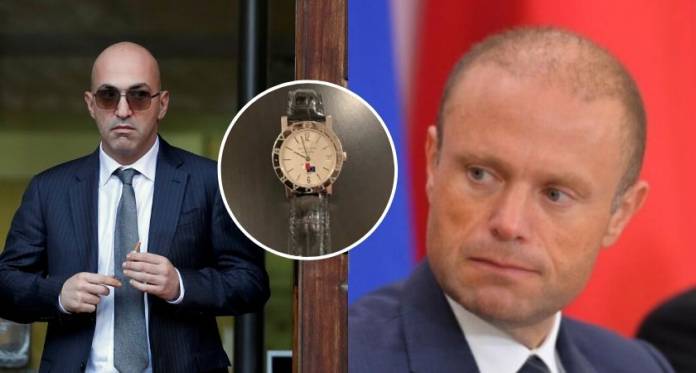 PM Joseph Muscat said that there are 25 other €20,000 watches like the Bulgari watch he was given by Yorgen Fenech. He insisted that although he knows who has these watches he does not want to reveal any names, leaving it to others to do so.

Muscat was answering questions  during an interview on the radio station of the PL One Radio.

The Prime Minister acknowledged that the gift from Yorgen Fenech was the talk of the town. Fenech is currently accused of being an accomplice in the assassination of the journalist Daphne Caruana Galizia. Muscat said that, unlike others, he donated this watch to the Maltese state.

“I know exactly where the very first watch is and who owns it. I believe that none of the watches were then donated to the state,” Muscat said while adding that he is certain that this watch is definitely not in Castille Palace or in any register. Muscat clarified that he is not implying that other prime ministers were involved in any wrongdoings.

According to Muscat, the watches were given to “those who were involved in Malta’s joining of the EU” in 2004 and that some of them were kept.

“The case is solved” – Muscat

Muscat also spoke about the assassination of the journalist Daphne Caruana Galizia. He said that this has been solved while he was Prime Minister, adding that the investigations are still ongoing.

Muscat reminded listeners that till now there are 4 people in Court in connection with the murder. He said that it will be up to the Court to decide on their culpability or otherwise.

Muscat said that he has done his duty and that he is proud to have done so. He also said that he had abided by the advice of the Attorney General, of the Police Commissioner as well as that of the Secret Service. He explained that although he received a lot of threats, he still did what he had to do.

Muscat also spoke about the issue of state gifts.

Newsbook.com.mt Monday evening published a copy of the register of gifts which documents the list of gifts that Nationalist Prime Ministers had received. The list was compiled on the last day before the 2013 election and is in the possession of public officials within the Office of the Prime Minister. The list includes gifts, for example, a chess set, which were obviously given to the Prime Minister and not to the Maltese state as the Government is alleging.

“We did not even find the pencil with which the register was written” added Muscat while saying the the media is beating about the bush. He added that there are also places where not even a cup was to be found.

He said that there is no list of gifts which prime ministers received. “I confirmed it myself and it was also confirmed by the Principal Permanent Secretary,” Muscat said. He reiterated that he will be giving an account of the objects which he will be leaving to the state.

The 33 page register published by Newsbook.com.mt was signed by public officials and indicated the state houses or Office of the Prime Minister. 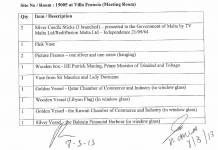 The power cuts – evidence of our diligent work – Muscat

Muscat also spoke about the current hot potato – the power cuts across Malta.

He said that power cuts show the diligence of his Government. He said that a survey about the interconnector will be completed until the 8th of January.

He explained that if they had kept the situation in 2013 with the interconnector alone, this would have led to a powercut of three weeks or else to the use of the Marsa powerstation.

According to Muscat it is important that Malta has a mixture of energy sources.

During today’s interview, Muscat also spoke about Malta’s surplus and expressed his certitude that a Labour PM will diligently take care of Malta’s funds.