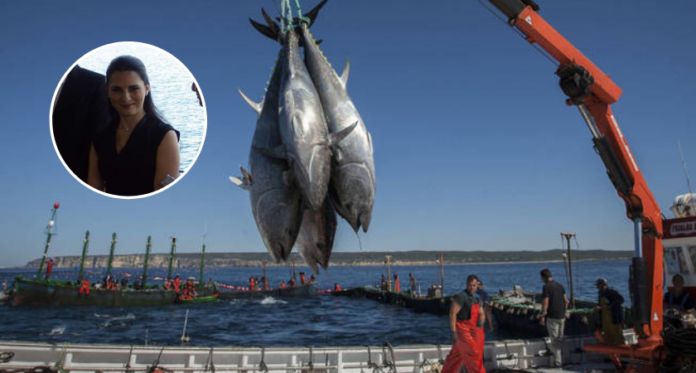 The currently suspended Director General for Maltese Fisheries, Andreina Fenech Farrugia, said that the money she received was all legal. She categorically denied any wrongdoing on her part in reply to the reports about her in the media throughout the week.

“I declare that I have always been professional, ethical and just, according to the law in the fulfilment of my duties, and that I have always worked with a sense of impartiality and justice with all operators and individuals involved in the sector.”

According to Farrugia Fenech, the allegations are based on summaries of alleged phone conversations. She said that she cannot confirm whether or not she actually made the calls. She also said that they are not word for word translations, and there are various shortened versions that could have been misinterpreted. Farrugia Fenech said that the Spanish used in the summaries was “very poor”.

The calls between Fenech Farrugia and Jose Fuentes Garcia, the tuna mogul suspected of being responsible for illegal tuna trade worth up to €25 million, were intercepted. The Spanish newspaper El Confidencial published transcripts of the intercepted conversations where Fenech Farrugia told Fuentes that she was in Bulgaria because of him, and she was waiting for her payment.

I was always accessible to everyone – Fenech Farrugia

In Fenech Farrugia’s words, throughout the normal course of her every day job, she used to communicate continuously “with all operators in the sector”. She added that she was accessible to everyone the same way.

“I categorically deny that I ever asked for or received any money personally and it is just as obvious that if people were going to benefit from a legitimate increase in the tuna quota, it is perfectly obvious that these will be asked, as they were asked, to make payments to the Department which I used to represent, and this is legal. The official payments, according to the law, used to be to me as the Director, therefore it is obvious that if the operator were to have a larger quota, then he would make the necessary payments to me as the Director, and this according to the increase, according to the law.”

According to Fenech Farrugia, in the 23 years which she has worked in the sector, she has accumulated extensive experience. She also has University qualifications. She said she was appointed Director General for Fishing and Aquaculture in 2013 after a public call, in which she placed first. Fenech Farrugia said that the same call was repeated in 2016, while also explaining that she was the Director for Fishing until 2011. She has had positions in the sector since 1996 including scientific officer and principal scientific officer within the same Department.

Fenech Farrugia said that it is “strange” that from an investigation said to be “extensive” she was “singled out”. According to the former Director, the investigation includes scores of operators, individuals, companies, and entities. She added that she hoped this was not an intentional move to stop her from doing her job.

In her words, over the years she ordered that many steps be taken against “the operator in question”. She also said that she took steps against “the other operators”.

“Regarding the request for an increase in the quota, everything was done above board, according to the law, with authorisation of all the competent organs against payments of hundreds of thousands of euro, to me as the Director which were established according to the law and ministerial decisions.”

Fenech Farrugia said that she cooperated with the authorities “many months” ago, including in magisterial inquiries. She said that she will continue to cooperate.

“Everybody gossips on everybody”- Herrera

The European Commissioner for Fisheries Karmenu Vella strongly condemned the “bad pratices” coming out of investigations by the Spanish Civil Guard in ‘Operation Tarantelo’.

Meanwhile, Environment minister Jose Herrera defended his decision to suspend the Director by saying that the Government had to believe allegations, then everyone will get laid off because he believes that “everybody gossips on everybody”.

NSO has a new Director General

“One cannot pretend to clean, put up White Flag, solve the issue” – FZD

Monique Agius   April 4, 2020
Various non-governmental organisations have called on the Environment Minister to suspended building site excavation amid the coronavirus pandemic while the developers' lobby has pronounced itself in favour of a discussion which would restrict the hours during which excavation and demolition works can take place during the day.

Amy Borg   April 3, 2020
Data published by the National Statistics Office, NSO shows that student enrolments in post-secondary and tertiary institutions during the academic year 2017-2018 have increased by 4.1% over the previous academic year, totalling to 25,628 enrolments.

Watch: A token of gratitude to MPT employees

Coryse Borg   April 3, 2020
Malta Public Transport is proud of the dedication and commitment that its employees are demonstrating throughout these challenging weeks, particularly those who cannot work remotely.