When people express their hatred through just words it is one thing but when someone actually tells you ‘I have a bullet ready for you’ there is where it gets serious and the situation gets out of hand, explains Dr Andrea Dibben, a lecturer at the University of Malta and women’s rights activist.

Dr Dibben was interviewed during the programme presented by Prof. Andrew Azzopardi on 103 Malta’s Heart, on Saturday a discussion which focused on hate speech and why people choose to be hateful towards one another.

Prof. Azzopardi asks Dr Dibben what price does she pay as an activist and for dealing with social issues that mainly concern women. Dr Dibben says that throughout the years she has been called names such as witch and murderer and despite she does not appreciate this kind of hate speech she continues doing her work but then she mentions how a person once told her “I have a bullet ready for you” and at that moment she feared for her life and decided to take action.

Dr Andrea Dibben says that she had filed a report with the Police but action seemed to have stopped there. She explains how if similar threats are made towards people of a certain social status the situation would be very different as probably the appropriate action would be taken. “This scenario would deliver the message to perpetrators that they can get away with justice,” Said Dr Dibben.

She further explains that sometimes as a society when we feel threatened we lash out but we need to learn how to challenge an argument we do not agree with and not resort to a form of character assassination. 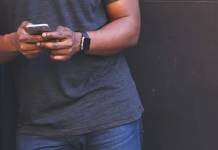 Monique Agius   September 15, 2020
Navalny posted a picture on Instagram for the first time since he was poisoned. He announced that he was no longer breathing through the assistance of a ventilator.