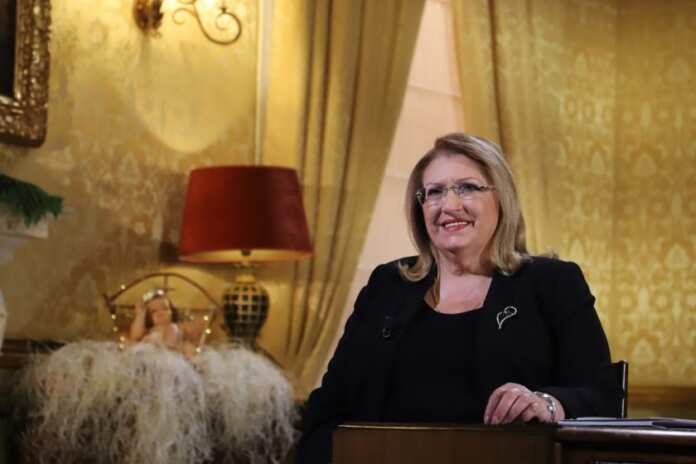 President Marie-Louise Coleiro Preca said that she did not shy away from speaking about human rights, when asked if in her upcoming trip to Turkey where she will meet with President Recep Tayyip Erdogan she would be discussing the human rights situation in Turkey and the jailed of Opposition elected parlamentarians from the pro-Kurdish Peoples’ Party.

When asked if she will be bringing up the subject with the Turkish President, Coleiro Preca replied that without any doubt topics of importance will be discussed between the two heads of state. She explained that this was no different to other times when the traveled to other foreign countries in order to deepen relations.

“We speak about everything important”

When asked if she would specifically bring up the recent European Human Rights Court ruling on former co-Chair of the HDP Selahattin Demirtas, in which Turkey was urged to swiftly process his legal case saying that his pre-trial detention had gone on longer than could be justified, the President reiterated that they would speak about everything that was deemed important by the two countries and naturally human rights saying that she never shied away from speaking about human rights.

President Coleiro Preca reminded that Turkey took up 4 million refugees, something which the European Member States did not do but Turkey did. Coleiro Preca added that it was too early to mention concrete topics that will be discussed as  there was no agenda as yet. However she stated that anything of bilateral importance and of importance to humanity will be discussed.

Demirtas, one of Turkey’s best known politicians was detained two years ago on terrorism-related charges, which he denies. Demirtas was jailed in September for more than four years over comments in speech he gave in 2013. He has effectively served out that prison term, but faces more terrorism-related charges that could see him sentenced to up to 142 years if convicted.

Turkey ranks 157th out of 180 countries in the 2018 World Press Freedom Index of Reporters Without Borders, which says 29 journalists are currently in prison in Turkey.

Turkish Foreign Minister Mevlut Cavusoglu was in Malta within days that the American President Donald Trump announced that the US forces will be pulling out of Syria. Turkish media reported that during the press conference while he was in Malta, Cavusoglu welcomed the new development and said he hoped for more coordination between the US and Turkey. The US had backed Kurdish-led forces in Syria in their fight against DAESH or the Islamic State. Cavusoglu in Malta spoke of Turkey’s fight against the Islamic State and warned against giving opportunities to the Kurdish forces in Syria which Turkey considers as a terrorist organisation.