President George Vella admitted to having had several sleepless nights during the political crisis. Speaking during an interview with Newsbook.com.mt, President Vella reflected on November and December when the country plunged into deep political crisis in the wake of revelations in connection to the murder of investigative journalist Daphne Caruana Galizia.

President Vella spoke about the clique which took over the country, adding that he did not shy away from mentioning it. He added that the burden of responsibility associated with every decision he had to take at that time, left him awake during most of those nights. His wife, Mrs Miriam Vella said that she was very concerned about her husband during this period. 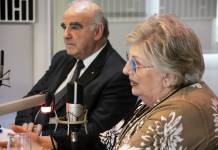 Describing the period as difficult, President Vella said that every decision carried its own responsibility. He explained that he took advice and acted accordingly. According to President Vella, he could not find a similar jurisdiction which experienced similar turmoil. He said that he failed to do so, because every state has its own constitution, highlighting that he always acted within the limits of the constitution.

President Vella explained that had he found out that disgraced former Prime Minister Joseph Muscat did not enjoy the trust of the government MPs, then he would have “raised hell”. He noted however, that this was not the case, saying that during the exchange of greetings, Muscat turned up flanked with some 20 other people.

President Vella said that he changed the speech he had prepared for Republic Day. He added that the change was due to political turmoil and he had to prepare an adequate speech. Describing the speech as a painful exercise, he said that he did not shy away from speaking out about the “gang”.

He added that while the “gang” will be defined in court and that he was not pointing any fingers at anyone, “there is a clique, which brought the country to this point”.

During his Republic Day speech, President Vella had said: “Let us remember that the Republic of Malta is far bigger than the gang of people who brought shame on our country. Let us defend our country’s name, especially with those who could use this turn of events to harm and belittle Malta’s image abroad.”