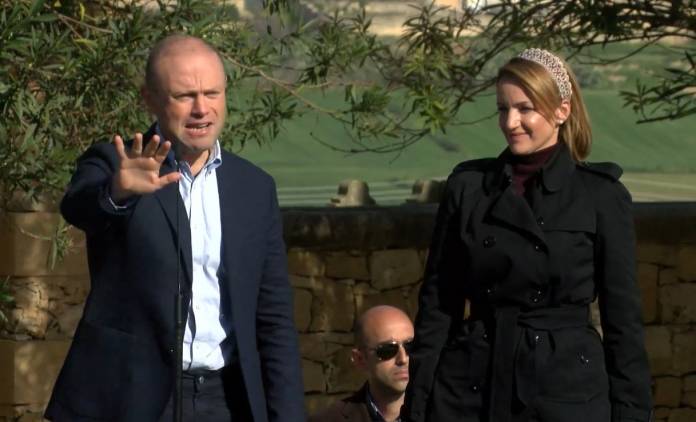 Outgoing Prime Minister Joseph Muscat said that his exit from politics was meant to facilitate the turning of a new leaf in the party and in the country. He said that with the new incumbent in the premiership and leadership, the ‘new page’ which will be written will expunge the mistakes made and build on the good that was done. “That is why I chose to do what I did so that whoever comes after me will be able to write a new page in the history of Malta, a page that will erase the faults but build on the good,” said Muscat. He said that he does not regret fronting all the blows to defend the party. “Every time there was an attack, we felt your love which helped us move forward” cried Muscat.

Speaking in Sannat, Gozo, on his farewell tour with his spouse Michelle, Muscat said that the new Prime Minister will be in duty bound to the electoral promises made by the party and for which the country voted. He said that he backs both aspiring leaders as he knows them both and knows that they both have a vision for keeping the movement alive.

Muscat said that the country now needs unity, adding that while there are those who are protesting in a ‘correct manner’ others are doing so in an ‘incorrect manner’. He warned that no criticism should be levelled at the army and the police corps but rather, that criticism should be directed at himself. He said that he had the honour of being the first Prime Minister to have accumulated wealth which he would be leaving behind and this, he concluded, makes him proud.

Muscat should have left not touted for adulation – PN

In a reaction the Partit Nazzjonalista said that in the midst of Malta’s largest-ever constitutional and institutional crisis, Joseph Muscat clings on, making a tour of localities for personal adulation. Instead of leaving, said the PN which would have been better for the reputation of the country, Muscat tours the country whose government is mired in criminality.