PN leadership hopeful Dr Bernard Grech was very explicit in his defence of life. “I am against abortion and euthanasia,” he said when meeting Newsbook.com.mt as part of a round of newsrooms this leadership candidate is carrying out.

The issue of life was one on which he was extensively grilled by Newsbook. Over the past days, while his words had seemed consistent, interpretations were flying about that his pledge for life was hedged. “This is not so. I believe that life has an absolute value and I have always been committed to the protection of life from conception to beyond the grave,” affirmed Grech. Beyond the grave? Yes, he said firmly, because there is also dignity in death. He said that the value of compassion and support need to be explored but life, in all its stages comes first.

Can there be a united Partit Nazzjonalista?

The youngest of three siblings, Grech said that his contestation of the leadership was arrived at through the support of persons like MEP Roberta Metsola,  MP Therese Comodini Cachia and former PN Executive Committee chair Mark Anthony Sammut. All these had been, themselves, interested in running for leader. Grech said that he believed that there is a lot of good which can be used to build the future. “Even Adrian Delia himself can be part of this solution” insisted Bernard Grech. 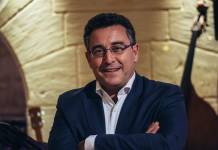 Grech said that for him dialogue is the basis of all relevant and strong politics. He said that he wished for more interactive dialogue, one which did not only listen but also gives feedback, a system which creates a virtuous cycle of communication. He said that every voice is important, whether it comes from within the party and whether it comes from outside of it. “I would like the widest possible communication to be created which both listens and responds creating a unity from which strength is derived,” said Grech.

And what about big business?

Finances are always a thorny issue and for the PN perhaps more so. What relationship does Grech envisage with big business, asked Newsbook? Grech said that in this area, one had to make sure that one keeps focussed. Not all businesses are unethical, he said and not all businessmen are bad. He did not exclude accepting donations from big businesses who operate on a legal and ethical level. He did make clear one caveat: “Big businessmen can help but they must want to help not bribe”.

Turning the crosshairs on the economy, Newsbook asked Grech for his vision particularly to ensure that wealth is more justly distributed. Grech insisted that the common good can only be arrived at when all sectors of society feel that they can move forward. He emphasised that not everyone should benefit equally and that those who are more in need should receive more help. Another warning:

Grech said that one cannot talk of justice, rights and the fight against corruption when many are jobless, hungry or on the brink of poverty. I want a party which can genuinely listen to a diversity of opinions, feel the difficulties of the people and share the aspirations of the community, particularly those most in need. That is the way to create the common good” said Bernard Grech.

He said that his experience of family life was one where both he and his wife worked and family upbringing had been completely shared, from their children’s infancy. He said that it is not fair to expect women to carry out three jobs: homemakers, mothers and workers when this is not expected of men.