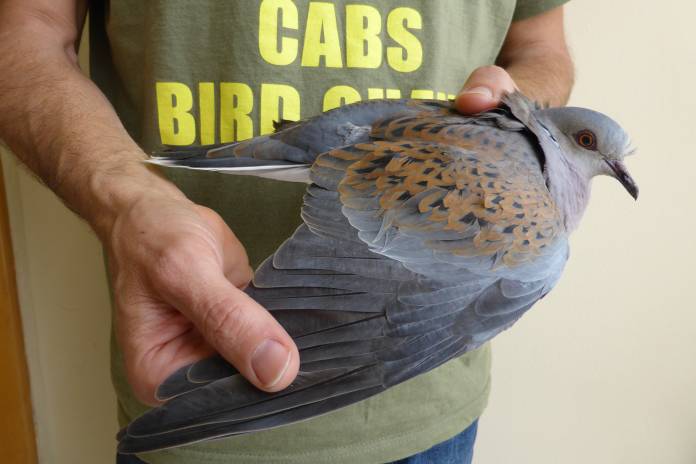 Despite dramatic declines in population numbers, many EU countries will be reopening the hunt for migratory birds for the pot in the coming days, said the Committee Against Bird Slaughter, CABS.

On the shooting list are the turtle dove, Germany’s bird of the year 2020, and many other endangered species that will move to their wintering grounds in autumn.

Around 52 million wild birds are legally killed by hunters across Europe every year, according to CABS. In addition, there are several hundred thousand birds that either go unreported or subsequently die of their injuries.

CABS explained that the highest number of birds killed is reported by France, where a total of 63 bird species are released for shooting.

The hunting season this year begins on 13 or 20 September and lasts until the end of January. According to hunting statistics from the National Hunting and Wildlife Agency ONCFS, French hunters kill around 17 million wild birds each year.

In Malta, a total of 32 migratory bird species have already been opened to shooting or trapping since 1st September. The list of huntable species includes, among others, turtle doves, golden plovers, skylarks and ruff, which is threatened with extinction in many parts of north western Europe.

In Italy, a total of 34 bird species are on the official shooting list, including blackbirds, song thrushes, starlings and the species threatened in Germany, water rail, skylark, turtledove, lapwing and snipe. The annual number of game birds shot in Italy is around seven million, including 300,000 turtle doves and more than 4.5 million songbirds.

In Spain, Portugal, Greece, Cyprus, Bulgaria, Romania and Austria, the shooting of turtle doves and many other threatened species will also be allowed again from mid-September onwards.

The breeding population of turtle doves throughout Europe is estimated to be between 2,340,000 – 4,050,000 breeding pairs. According to CABS between two and three million turtle doves are killed each year in the EU.

The Committee Against Bird Slaughter said that as governments of the affected countries are ‘unwilling to do anything about it voluntarily out of fear of the powerful hunting lobby’, in recent months, CABS filed environmental complaints with the EU Commission. The aim of the campaign is to establish a Europe-wide closed season for all migratory bird species threatened with continual population decline.

CABS offering a €2,500 reward for information on Girgenti incident