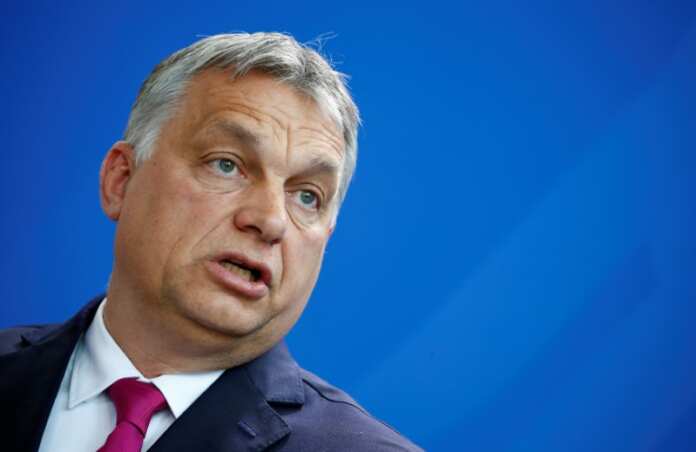 Hungary’s foreign minister will propose that Budapest pull out of talks on a United Nations migration pact because the agreement could aid the flow of migrants to Europe and force countries to shelter them, Hungarian media reported.

Right-wing nationalist Prime Minister Viktor Orban, re-elected for a third consecutive term in April, has been one of the strongest opponents to the European Union’s migration policy since his government fenced off Hungary’s southern borders in 2015 to keep out migrants.

The Hungarian government, which with Poland and Czech Republic has run foul of the EU by taking tougher stands against the admission of asylum-seekers, has struck a chord with its voters by arguing that illegal immigration threatens to undermine European stability.

Hungarian Foreign Minister Peter Szijjarto was quoted by state news agency MTI as saying on Friday that the non-binding U.N. agreement could become part of international law, with national governments having to draft specific measures on its implementation.

The final text of the global migration pact “is entirely at odds with common sense, Hungary’s interests and the intent to restore European security,” Szijjarto was quoted as saying.

If Orban’s government approved Szijjarto’s proposal next week, Hungary would follow the United States, which quit talks on the pact in December due to concerns over its sovereignty.

President Donald Trump said on Friday that immigration was changing the culture and was “very negative” for Europe due to security risks, using similar language to Hungary’s Orban, who has refused to host any illegal migrants over those concerns.

With a record 21.3 million refugees globally, the 193-member U.N. General Assembly adopted a political declaration in 2016, known as the New York Declaration, in which they agreed to spend two years negotiating the pact on safe, orderly and regular migration.