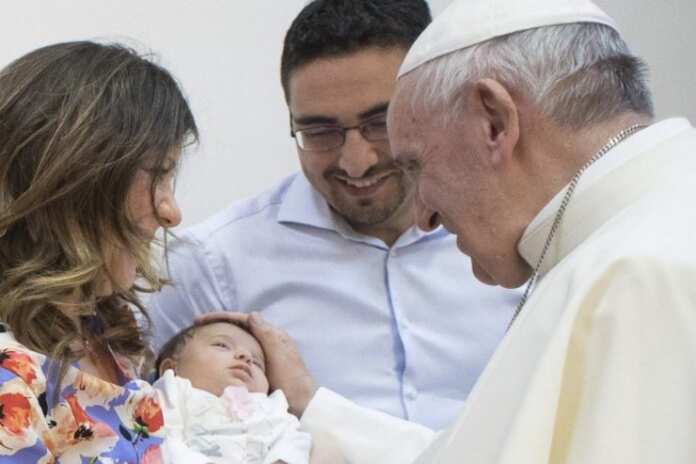 Bishop Andrew Cozzens, auxiliary bishop of the Archdiocese of St. Paul and Minneapolis has used a series of talks on Humanae Vitae to highlight the damage done to couples and families by artificial contraception, contrasting it with the benefits of adhering to the Church’s teaching.

In a talk to young adults at the Basilica of St. Mary in Minneapolis on June 28, he invited listeners to consider what the sexual revolution had promised and what it had actually delivered.

“Let’s just step back and ask ourselves, ‘Has it been so great?’ … This idea that sex could be no pressure, no fear of pregnancy and only amount to the expression of my love for that person – has that actually produced the results that society says?”

In an earlier address at St. Stephen’s Church, also in Minneapolis, he said that the practice of artificial contraception was directly linked to the increased divorce rates, and that couples who reject it have a higher chance of staying together. He drew the connection during a talk helping to mark the fiftieth anniversary of Humanae Vitae.

St. Stephen’s is also home to the Sagrada Familia center, which provides assistance and support for couples seeking to use natural family planning. He used the occasion to reflect on how the world has changed in the half-century after the release of Blessed Pope Paul VI’s famous  encyclical which affirmed the traditional prohibition of artificial contraception.

The encyclical contains one of the Church’s “most controversial teachings, but also, in a certain way, one of her most important,” said Cozzens.

Condemning artificial contraception is something that makes Catholics “most radical,” he explained. “We stand out as Catholics by our declaration that contraception is morally evil,” while noting that most other Christian denominations no longer share this belief. While this may be difficult for many to grapple with and follow, Cozzens said that the failure to heed Paul VI’s prophetic warning had warped the culture and ushered in an increase in various societal ills, such as abortion and unwed pregnancy, as well as marital breakdown and divorce.

“Much of what we see around us in the culture today, 50 years later, is actually the result of not following God’s plan for sexuality and marriage.”

“This is the direct result of the breaking down of the sacredness of sexuality.”

Cozzens explained how Paul VI had predicted these problems when he wrote that if sex was stripped of its procreative potential and orientation, women would be treated as a “mere instruments” of satisfaction by men, who would “forget the reverence due to a woman.”

The introduction of artificial contraception into marriage has a transformative effect on the marital act, Cozzens said, one which “turns that act into something that is not a covenantal, sacramental, symbolic, total gift of self” because it excludes God’s plan along with the potential of marital fertility.

Acting against this plan has “consequences,” warned Cozzens, observing that about 50 percent of marriages in the United States now end in divorce, an increase of “several hundred percent” since Humanae Vitae was published.Alternatively, the bishop said, couples who follow faithfully the Church’s teaching on contraception and relied on natural family planning – a Church-approved method of observing a woman’s natural cycle of fertility and abstaining from sexual relations when necessary – have a much higher success rate of staying married.

Statistical studies “prove that the Church is right on this teaching,” said Cozzens.“Couples who practice this teaching of the Church have about a 98 to 99 percent success rate in marriage.”