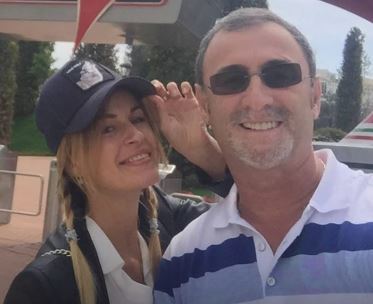 Hugo Chetcuti’s partner, Kseniya Yashchenko, declared her love for the slain Paceville mogul while L-Orizzont issued a warning after an interview with sources close to the Police.

Kseniya Yashchenko, Chetcuti’s partner wrote that will love him forever because he defended her and loved her. “Your are my best kitten”, she wrote.

Maltese newspapers have also given prominence after yesterday evening’s proceedings. While The Malta Independent, Times of Malta and In-Nazzjon confined themselves in just giving the news, newspaper L-Orizzont interviewed sources close to the Police Force.

According to these sources, the attack on Chetcuti could lead to a strong fight in the Maltese criminal, underground world. The same sources noted the various interests Chetcuti had in Paceville and added that it is important to ask where crime leadership would go from now on.

Meanwhile the Federation for Hunting and Conservation (FKNK) offered their condolences to his family. They said Hugo was a true FKNK friend and that they can never forget the support he had given them during the referendum regarding spring hunting.

The Maltese Developers Association described Chetcuti as an entrepreneur who developed a Paceville entertainment centre which draws thousands of people to his establishment.

The family of the late Hugo Chetcuti have released a statement in which they call the death of the Maltese mogul “an unbearable loss”: