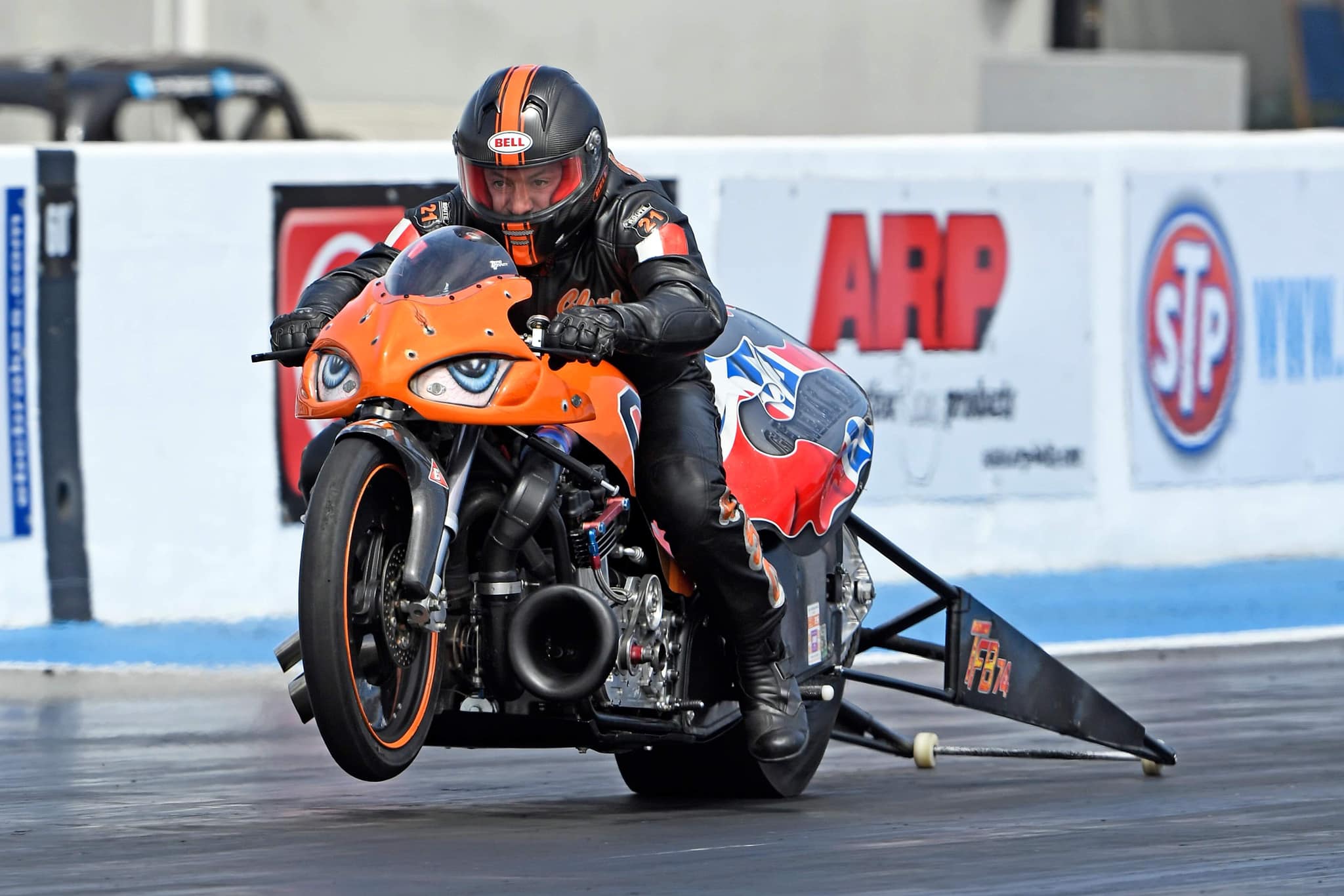 The Mr Whippy Racing Team competed and won the Top Methanol Dragster Class after a whole week full of problems.

The team went to SantaPod with two drivers, Matthew Carabott, that earlier this year got his racing license at the same track, and, Monty Bugeja. Carabott lost his test runs on Wednesday so his adventure had to stop there. Bugeja lost the first two Qualifying rounds on Friday due to engine problems. Engine trouble sorted on Saturday it was time for the transmission to create some issues meaning that the car was launching in second gear losing precious time. The team did only four runs, but all the hard work paid off in the final with an impressive run of 5.303 seconds at 268 MpH and win their class.

The other team at SantaPod was that of Glenn Borg. Borg’s success is to be calculated on the three runs out of five rounds of the FIM European Championship he competed in this year. With only three events Borg finished this championship in the 4th Place of the biggest class in the championship. The three drivers that outweighed Borg were the only drivers that competed in all five events.

Maltese language should be compulsory for migrant children – NGOS

“Identify teachers that can be employed” – Minister to MUT