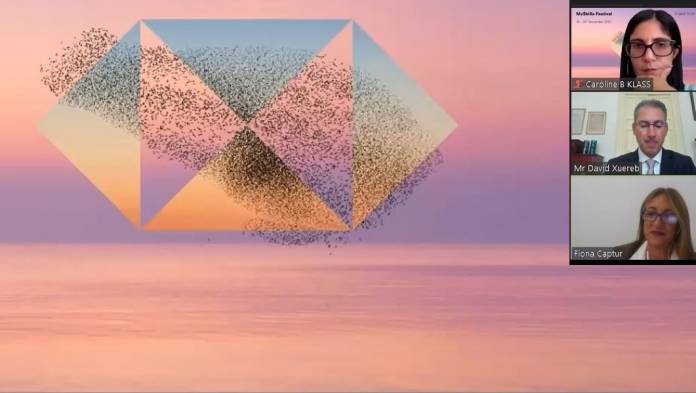 HSBC Bank Malta recently held a webinar focusing on the skills needed for professionals to thrive in the future. The event, which was open both to the bank employees and the general public, was organised as part of the MySkills Festival, an HSBC Group initiative aimed at helping professionals upskill in order to meet the demands of future jobs.

During the webinar, panel speakers Mr David Xuereb, President of the Malta Chamber of Commerce, Enterprise and Industry and Ms Fiona Captur, CEO for JAYE Malta Foundation discussed how professionals can equip themselves to thrive in an ever changing business and economic environment. They also examined what skills are and will be needed to efficiently fill future jobs and what new jobs may be created.

HSBC Group’s first ever MySkills Festival was a week-long series of virtual events, interactive workshops and online resources, featuring insight from global business leaders and experts. The festival is also part of HSBC Group’s Future Skills initiative, which aims to connect people and assist them in boosting their professional development. The Group has, in fact, allocated US$80 million in funding to help one million people, including in Malta, by developing employment-related skills.

Caroline Buhagiar Klass, Head of Human Resources and Corporate Sustainability for HSBC Malta, who was the moderator of the webinar, said: “The world around us is changing at an ever faster rate. A decade ago, we would not have been able to anticipate the jobs that we have today. The same applies to our future. Almost half of essential core skills will change in the next few years and by 2030 it’s estimated that approximately a billion people will need to reskill. HSBC Malta’s webinar, as well as the Future Skills movement, focuses on developing new skills and expertise to keep us moving forward. HSBC is committed to preparing people for future jobs by helping them become enablers in our societies.”

HSBC Bank Malta connects business to Europe and beyond