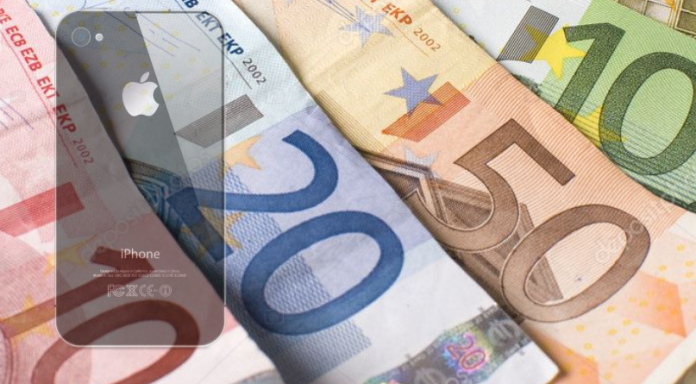 Would you be willing to work for two months to buy the latest iPhone 11? Or would you consider it if it would be just a 4-day stint? The answer would be: it Depends where you live.

Following the recent, much anticipated unveiling of the new Apple iPhone 11 which also comes in the Pro and Pro Max versions, Picodi.com undertook to assess how long would an average salary earner have to work in various countries around the world, if they wanted to buy a new iPhone 11. The average salary was taken at a national level, that is, each country has its own average. The only staple was the cost of the device, some €1,179 worth of latest technology (iPhone Pro, 64 GB).

With an average salary of €19,390, a Maltese worker would need to work for 19.2 days to buy the middle of the range iPhone 11. Naturally, that is assuming that the person concerned had no living expenses to speak of. Picodi.com said that this was still almost a day less than the cost of last year’s model when placed on the market.

Malta falls somewhere around the middle of this affordability scale. At either end lie Mexico where a worker needs 54.2 days to buy the gadget and Switzerland where a mere nibble of 4.8days out of the salary would get the worker access to the device. According to the data, iPhone 11 is least affordable in Mexico, Montenegro and Russia where approximately 50 days’ worth of salary are required. Conversely, it is most affordable in Luxembourg, the US and Switzerland with an average of 5 days salary needed. 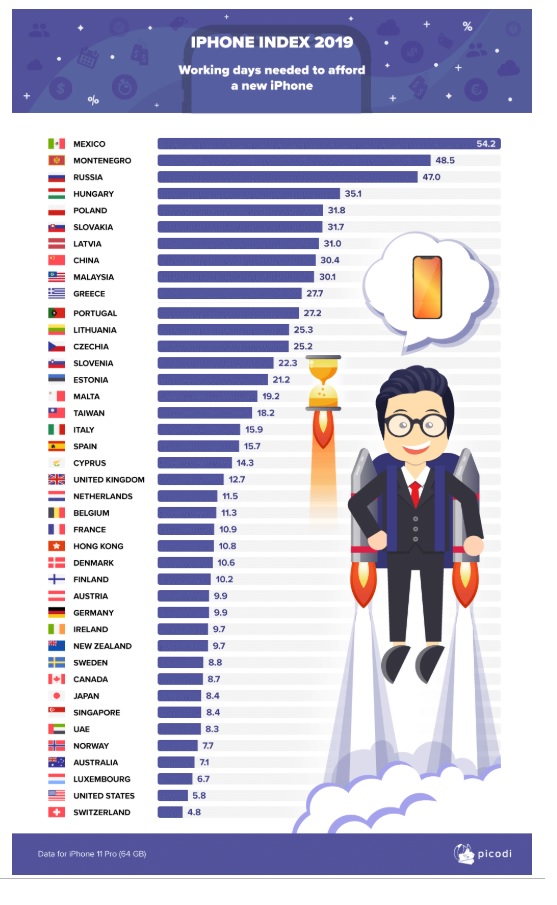