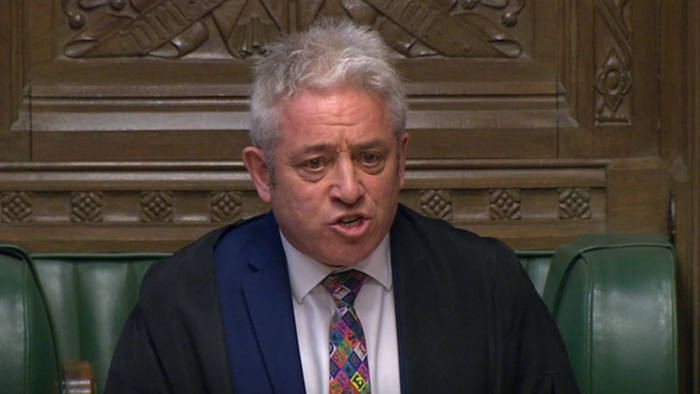 The Speaker of the British Parliament John Bercow stated that the culture in the Commons has been “toxic”. This comes after many MPs criticized Prime Minister Boris Johnson’s use of language during their yesterday’s Parliamentary session.

MPs are urging Johnson him to apologise after he said the best way to honour Jo Cox, the MP murdered during the EU referendum campaign, was to get “Brexit done”.

Boris Johnson’s sister, Rachel Johnson, has condemned the Prime Minister’s language in the House of Commons.

Earlier, Brendan Cox, the husband of murdered MP, said the Brexit debate had descended into a “bear pit of polarisation”. Speaking to Radio 4’s Today programme, Brendan Cox said “bad behaviour” was not limited to one side of the debate and said words such as “coup” and fascism” are also “inflammatory”.

During an ill-tempered debate on Wednesday, the Prime Minister was repeatedly challenged by opposition MPs over his use of the word “surrender” to describe legislation passed earlier this month which aims to block a no-deal Brexit on 31 October if he failed to come up with a new exit deal before 19th October.

“The real world has consequences”

“This is something which has infected our politics and it’s this vicious cycle where language gets more extreme, responses get more extreme, it all gets hyped up,” a No 10 spokesman said. “And the reason that it matters is because it has real world consequences.”

Lib Dem MP Luciana Berger said that the Prime Minister “holds the highest office in our land and holds the greatest responsibility for what he says and inspires”.

She describes her own experience of having six people convicted of harassment and hate crime aimed at her.

Berger asked the Prime Minister that he should “urgently reconsider his deliberate strategy of sowing seeds of division in our country.”

Yesterday, Johnson told MPs that the UK’s Supreme Court was “wrong to pronounce on a political question at a time of great national controversy”.

The United Kingdom’s highest Court pronounced it unlawful to stop Parliament from carrying out its duties.

The court’s president, Lady Hale, said: “The effect on the fundamentals of our democracy was extreme.”

The unanimous decision was reached by all 11 justices. This decision may be considered as another slap in the face for UK Prime Minister Boris Johnson, who a few days ago, warned the Supreme Court justices “not to meddle in politics”. The ruling of the Court means that therefore, the House of Commons “must convene without delay”.