Identity Malta has issued an apology after a woman with disability seeking to renew her passport found the Passport Office woefully unprepared, forcing her to wait at length just to have a photograph taken.

The agency took quick steps to ensure that the situation did not repeat itself – and a move to new, fully-accessible premises is set to take place in the near future.

The woman’s ordeal, however, highlight the inconveniences people with disabilities often face as they go about their day, a situation that the Commission for the Rights of Persons with Disability seeks to address. Newsbook.com.mt thus sought clarifications from the CRPD, as well as from the Parliamentary Secretariat for Citizenship which oversees Identity Malta.

The woman took to social media to vent her frustrations around an hour and a half into her ordeal, noting that she had actually informed the office that she could not use the stairs.

But she found no receptionist waiting, and after a while, a few employees take her to a room that had clearly not been used for months, given the amount of dust present.

Adding insult to injury, the photographic equipment within would not work, prolonging her stay further. Though at least, she pointed out, a cleaner was sent to the room.

“The practice of giving people with disability an inferior service must stop,” she said.

For the time being, as the government spokesperson explained, Identity Malta will continue using the same temporary room, though it has taken “immediate and necessary steps to make this temporary room adequate and more presentable.”

“Identity Malta Agency apologises for any inconvenience suffered by the complainant during the process of having her passport renewed,” he emphasised.

In her complaint, however, the woman observed that people with disabilities should not be segregated and served in a different room.

A CRPD spokesperson acknowledged that such an arrangement was “unfavourable,” but highlighted that the law allows for reasonable accommodation.

Evans Building, where the Passport Office is presently located, is one of many old government buildings which were not designed with accessibility in mind, and transforming it into a fully-accessible structure would not be feasible. In light of this, according to the CRPD, using a separate room can be deemed an acceptable arrangement.

The situation will improve in the future, however, with plans to relocate the Passport Office and the Public Registry to new accessible premises in Marsa. The CRPD has been keeping in contact with Identity Malta over the matter for the past year and a half, and will soon be inspecting the new premises for the last time to make sure that everything was in line with accessibility standards.

. Only last year, it vetted 2,548 planning applications, objecting to 28% of them due to inadequate accessibility arrangements, and carried out 156 onsite inspections.

Asked to comment on how the public sector compared to the private one when it came to accessibility, the CRPD spokesperson said that there was no scientific data to answer. The data available, however, does highlight that there is room for improvement in both.

Between October 2017 and September 2018, for instance, the commission received 34 reports concerning lack of accessibility involving public entities, 45 involving local councils, 19 involving private entities and 2 involving religious ones. But the CRPD clarifies that such data is not immediately comparable since the public sector provides an overwhelmingly larger number of services to the public. 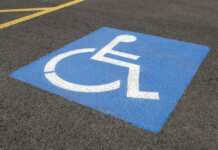 Highlighting the issues faced in the private sector are two recent exercises carried out by the commission, covering commercial establishments in the main shopping streets of Sliema and Valletta. These exercises showed that 88% of the Sliema establishments and 92% of the Valletta ones did not conform to the Access for All design guidelines.

Only 12.5% of commercial outlets on Sliema and Gżira front physically accessible 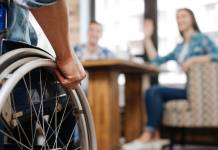 Ġanni first name to be registered with Maltese alphabet

Fr Martin Micallef honoured for his work in the disability sector