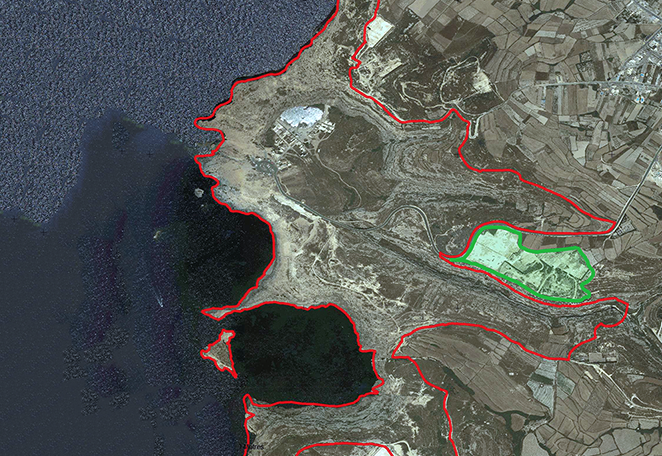 After revealing that the only proposal for Dwejra Heritage Park included the construction of a hotel, Newsbook.com.mt analysed the proposal submitted by the Environment and Resource Authority (ERA).

Sources close to the Ministry for the Environment said that ERA’s board is not in favour of the development and therefore, it is expected that the government will not proceed with these proposals for a number of reasons.

This proposal was the only one submitted in the four and a half months that the international call was active. Another issue with this proposal is that, according to a report by the board, the applicant did not clearly state the majority of the criteria as stipulated in the call.

The project proposed for Dwejra was inspired by a project carried out in Cornwall, where a tropical garden was built in an uninhabited and abandoned quarry. In the ‘Eden Project’, one finds a museum in two complexes which host plants from diverse global climates.

Unlike the Cornwall area, Dwejra is considered as an prestigious site of national heritage, so much so that it forms part of Natura 2000, the largest coordinated network of protected zones around the world.

The lack of discretion in the way in which the Gestation Plan of Natura 2000 is being implemented is another reason why the committee made their remarks. They said that part of the development proposed will be built on ODZ (Outside Development Zone) land.

The report also claimed that “possibly a monopoly will be created de facto on these services, which may have legal consequences should they be considered”.

According to those who prepared the report, this project is expected to provoke various reactions from the public. It warned that uncertainty remains, particularly because of the impact this may have on existing facilities and those operating them in the area.

However, the report advises the ERA Board to try and negotiate with the Government and the developer, especially seeing as the developer is proposing the use of his own private land – a quarry which was purchased a few years ago.

Amy Borg   July 3, 2020
The flight was divided in two sectors flying from Malta to Dubai then to Cochin, Kerala India.