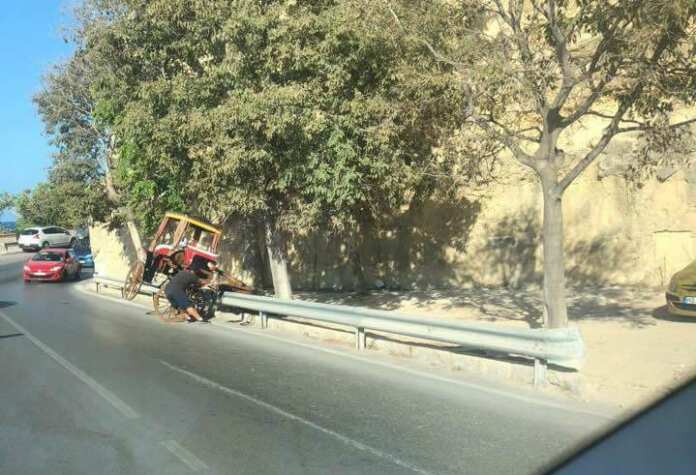 A horse drawn karozzin was photographed skidding into a traffic barrier on Valletta ring road. The activist group Animal Liberation Malta posted the photo on their Facebook page and urged people to sign the petition calling for a ban on horse drawn carriages.

A spokesperson for the police confirmed the incident, saying that the horse was not hurt although it had slid.

This incident comes after a horse collapsed in Pietà and another one died in Floriana. Earlier on this month, people protested against horse drawn carriages in Valletta.