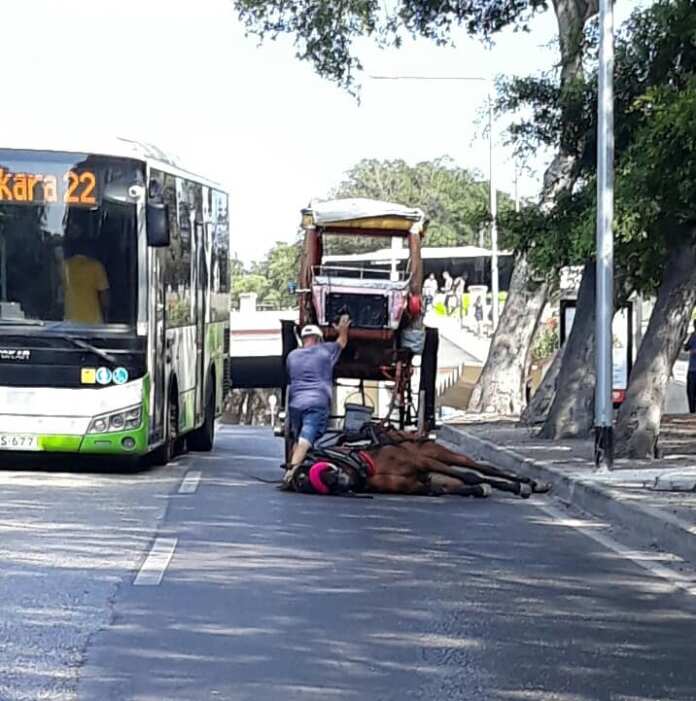 A horse collapsed in Pietà due to the stifling summer heat, and was unable to continue pulling its horse carriage.

Many have criticised this practice after Jop Houtman Camara witnessed the incident and posted a picture on Facebook.

This incident re-kindled the debate on whether or not horse-drawn carriages should continue to operate during the summer months.

Despite the measures which were introduced to improve the lives of these horses, similar accidents have continued to occur.

Camara made an appeal to tourists to think twice before going on a horse-drawn carriage ride.

A protest against the use of horse-drawn carriages will take place in Valletta on the 11th August.