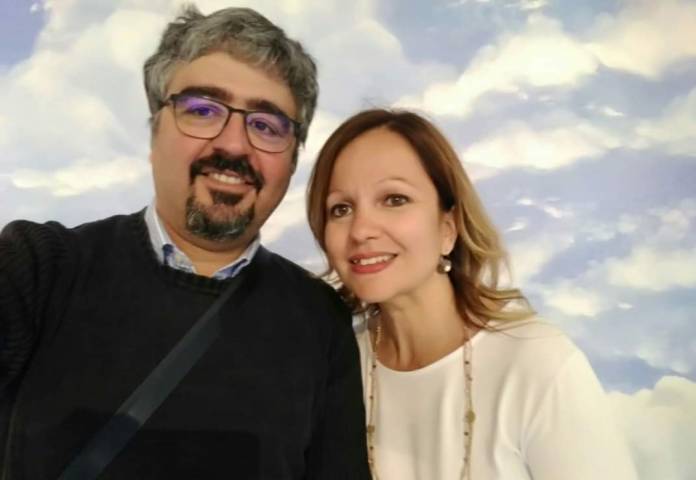 “I had tears in my eyes when I managed to order a birthday cake with delivery for my son’s 16th birthday,” Roberta Vella told Newsbook.com.mt.

Newsbook.com.mt reached out to Vella and her husband Dr Michele Milano who is an orthopaedic surgeon, who both reside in the province of Torino, Italy. They are currently in the fifth week since their children have been off from school due to the outbreak. Their life has changed drastically, and they spend their days at home. Due to his work, Milano leaves the house to go to work and also does the shopping for the family.

Italy has been the hardest hit country outside of China with coronavirus. The total number of confirmed cases has reached 63,927 while the death toll stands at 6,077. The north has been particularly badly hit.

Vella explained how their life as a family changed drastically after the 21st February.

“I started realising how many things we take for granted and that everything can change suddenly,” Vella remarked.

Last weekend they celebrated their son’s birthday, Vella recounted that the very fact she managed to order a cake for the occasion brought tears to her eyes.

“I would never have thought we would be in this situation”

With her family still living in Malta and travel bans announced, Vella said she would have never imagined a situation like this: “I always visited my family in Malta whenever possible and have beautiful memories of our summers there. I never would have thought that there would be a time that visiting family would become impossible.”

Coronavirus did not only spark a public health crisis but it is also affecting the social and economic spheres. Many have lost their jobs. Replying to how she imagines life after the epidemic, Vella said that the economy will take long to recover.

“I doubt if everything will ever get back to ‘normal’,” she said. She added that hopefully we will put all the lessons learnt during this period into practise doing away with our bad habits.

“We were told it was like a normal flu, that the persons at risk where only the vulnerable and the elderly,” Vella said. She added that however the latter phrase was unacceptable since “life is precious at any stage and in every condition”.

The Italian authorities informed that schools would not reopen after Carnival recess on the 23rd February.

She explained that initially they thought the situation will soon be under control. However, then people started panic buying and the images of supermarkets being ransacked started worrying her.

“Life change in a way we would have never imagined”

Vella’s routine included a daily coffee with her friends after driving their daughter to school.

As days went by, the numbers of people confirmed to have been infected with coronavirus rose. More people were hospitalised and others were in intensive care. The number of those who did not make it was also on the increase.

“We started realising that it was not only ‘the elderly and vulnerable’ that were at risk but all of us were,” Vella said.

Their children, aged 12 and 16, are in the fifth week since schools closed down. They are receiving online lessons and a lot of notes and home work.

“It’s not the same definitely,” Vella remarked adding that however with technology there is a sense of continuity.

The last time the family went out together was for a walk on the occasion of their daughter’s birthday on the 7th March. By then, all shops except food stores and pharmacies had been closed down. Since that day, it is only Michele who goes to work in a hospital in a town which is 20 km away from where they live. He also does the food shopping. Vella would rather buy fresh food, however, due to the current circumstances, the shopping list went from a three-day list to a two week list to avoid contact as much as possible. Furthermore, she started preparing bread herself.

“I try to make my family happy by cooking food I didn’t have the time for before,” she said.

People have been instructed to have their grocery shopping done by only one person per family. No one is allowed to go out unless it is due to work, buy groceries or other necessities such as having a medical appointment. A lot of services have moved online and people are working from home.

In Vella’s opinion there are still too many people who are going to work everyday. She mentioned that people still gathered on public transport.

“Not to mention the fact that people still went out for walks not realising the harm they were doing to themselves and their family,” she added.

“I don’t mind not going out, I don’t mind not being able to go to the hairdresser. I miss my friends dearly,” Roberta remarked adding that they are still in contact through technology.

“I pray that everything will be over”

One of her biggest worries is her husband’s and all health sector personnel’s safety.

“I pray that everything will be over in the quickest and safest way possible.”

Dr Michele Milano who works at the Santa Croce Hospital in Mocalieri explained that the 200-bed hospital has 70 beds which are dedicated to patients who test positive for coronavirus. At his place of work, all elective surgeries and appointments have been postponed, while only emergencies are being treated.

Due to the outbreak, he has stopped has private practice, a decision which he took to safeguard his patients’ safety.

At the hospital, all healthcare workers are on stop leave and on call. Despite being an orthopaedic surgeon, he can be called to work in the Covid-19 section if the need arises. He added that they were already doing shifts in medicine.

Both Roberta and Michele had one piece of advice – to stay at home and practice social distancing. Dr Milano underlined that by practising social distancing one can stop the virus as soon as possible.