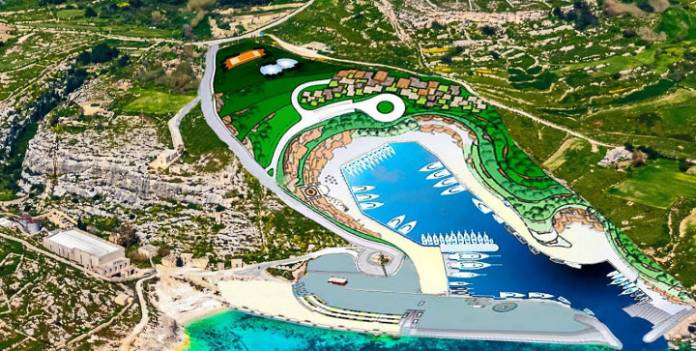 The final verdict on the proposed redevelopment of the Ħondoq ir-Rummien Bay into a “destination port comprising a hotel, a yacht marina and a tourist village” is expected shortly, with the appeal against the refusal to issue a permit drawing to a close.

The Planning Authority had unanimously voted against the project back in 2006.

The Qala local council has long strongly opposed the plans, which would rob the locality of its principal swimming spot: it had been the only objector during the planning process. It is presently being represented in the appeal by its mayor Paul Buttigieg and lawyer and environmentalist Claire Bonello.

“We will continue defending Ħondoq and Qala from these speculative developments, come what may,” Buttigieg emphasised.