The current shortage in HIV medication is having devastating and life-threatening impact on the affected patients, the Malta Federation of Professional Associations said on Friday.

In its letter, the federation expressed its horror at learning that people living with HIV have been reduced to beggars and are asking for donations on social media from other patients in order to curb the shortage. It highlighted that the shortage of medication is very worrying.

Describing the shortage as another national health crisis, the federation while welcoming the news that the issue is being sorted out, some persons living with HIV are being left without their daily treatment.

The federation expressed its solidarity with the professionals involved directly with persons living with HIV and who are having a difficult time adhering to the core obligations of their profession.

NGOs claim there is a public health crisis 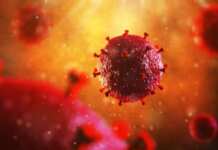 “This is not out of their free will but because of lack of availability of necessary resources to do their work properly,” the letter reads.

It also expressed full solidarity with persons living with HIV.

It was underlined that the shortage is affecting the patients physically and mentally.

The federation lambasted the health authorities and accused them of poor planning, saying that while difficulties were brought about by the pandemic and Brexit, they were already aware that treatment was severely outdated and detrimental to the health of those who relied on them.

“Had timely action been taken, there would have been ample time to manage a proper transition even when considering the current difficulties,” the federation’s president Roberta Farrugia Debono said.

The federation appealed to everyone’s good will and efforts to sort out this issue as soon as possible and to make the required medication available for patients.