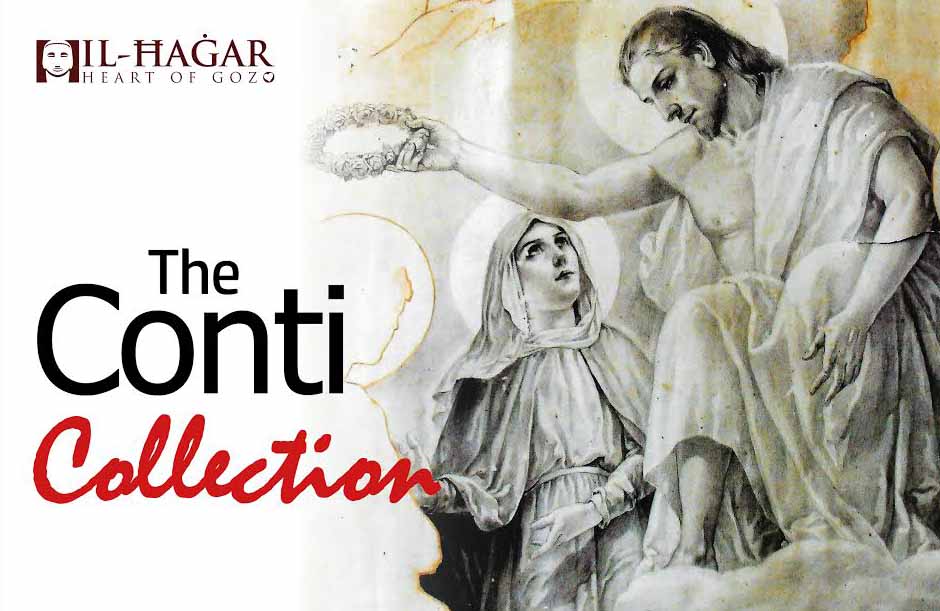 A bequest of nine early 20th century painting drafts (or bozzetti) by Prof Giambattista Conti (1878-1971), well-known for religious themes, acted as the spur for a temporary exhibition of a further dozen Conti abbozzi for his works at St George’s Basilica from the 1950s.

The exhibition is being held at Il-Ħaġar Museum, located in St George’s Square, Victoria, Gozo which already has on permanent display the finished colour maquettes for its four apses. The exbition is open to the public between 9.00am and 5.00pm from Monday to Sunday until the 19th September.

There is no entrance fee but a donation may be made.

Other current exhibits  at Il-Ħaġar include photos by Salvatore Lozzi -“Gozo: Colori – Kuluri – Colours”, as well as old decorated postcards and icons of St George.

Watch: The world thirsts for peace, for joy – Archbishop Scicluna