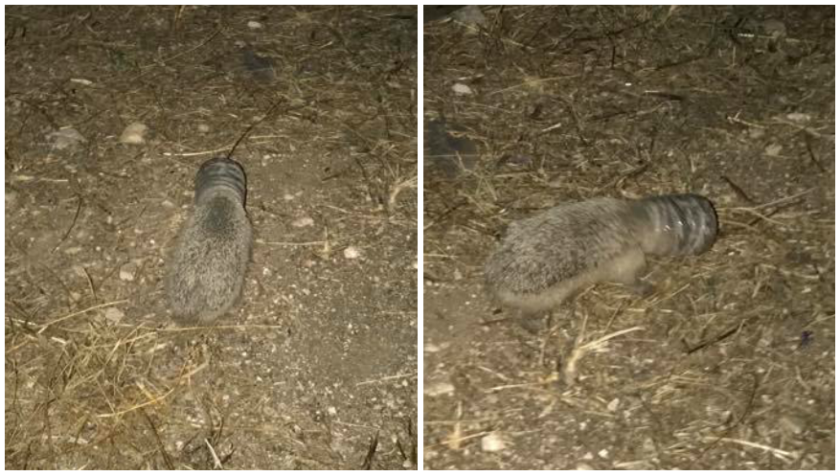 “Heart breaking” – this was how a young woman described her experience. Whilst walking her dog in Pembroke, she encountered a hedgehog who had his head mounted in a plastic bottle.

In a heartfelt Facebook message, the young woman explained that while she was walking her dog, she heard noises coming from the grass, sounds which urged her to look for the creator of this sound.

She stated once she lit her torchlight, she immediately found the hedgehog struggling to head off the plastic bottle.

In her message she explained that wildlife cannot continue to suffer due to the negligence and greed of humans.

Her message ended by saying that she managed to save the Hedgehog from an incident that could have led to his death. 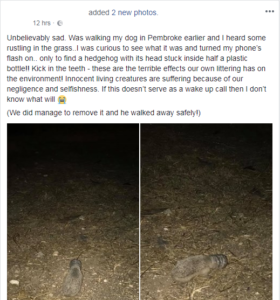