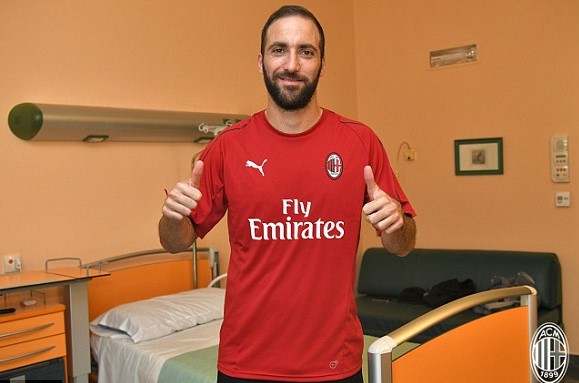 Serie A club AC Milan have officially announced the signing of Gonzalo Higuain after the former Juventus striker was pictured posing in an AC Milan kit. The Argentine was greeted by numerous supporters as he arrived at a medical centre to carry out routine tests.

El Pipita has joined the Rossoneri on an inital loan deal but the transfer can become permanent at the end of next season for €36m. The 30-year-old declared:

“I’m happy about this new adventure. Thanks to all Milan fans and to Juventus’ fans as well because they gave me so much love.”

Higuain won Serie A and Coppa Italia titles in each of his two seasons with La Vecchia Signora and scored a total of 55 goals in 105 appearances.