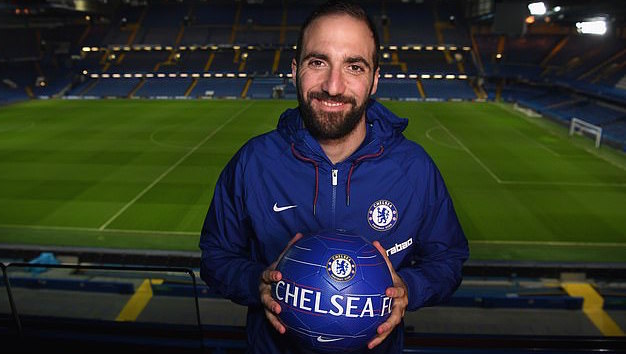 Gonzalo Higuain has joined Chelsea on a six-month loan deal from Juventus. The Argentine striker spent the first half of the season with AC Milan where he scored 8 goals.

The former Real Madrid and Juventus striker, who played for one season under Chelsea coach Maurizio Sarri whilst at Napoli, travelled to London on Wednesday morning to undergo the necessary medical tests.

“He’s a very strong striker. Especially in my first season in Naples. He scored 36 goals in 35 matches in Serie A. For sure, he is one of the best strikers in my career.”