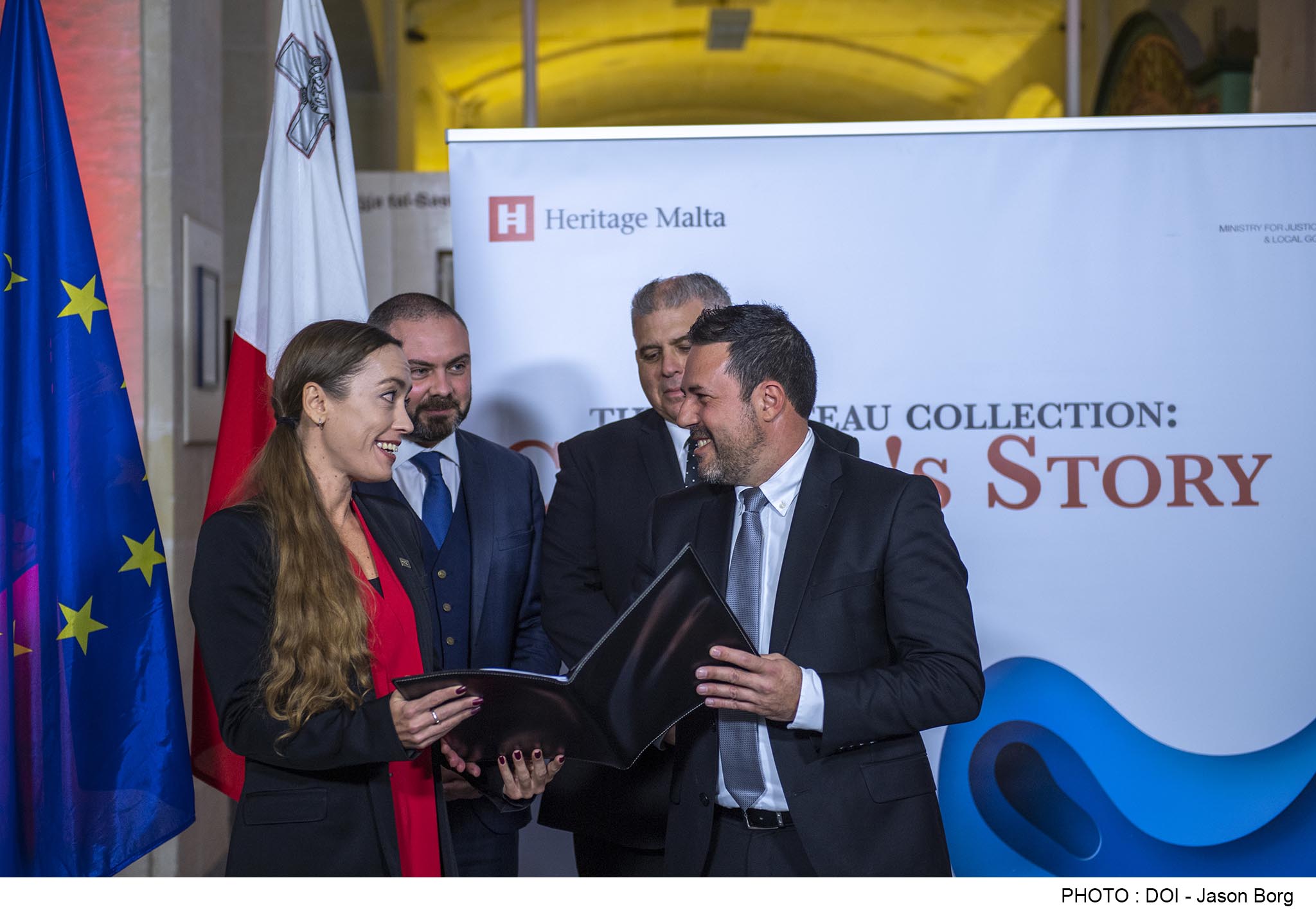 A loan agreement between the Cousteau Foundation and Heritage Malta will result in an exhibition of a selection of objects that were used by Captain Jacques-Yves Cousteau. It is planned that this exhibition will be open to the public in 2021 when major structural works at the Malta Maritime Museum would have been concluded.

“Thanks to this agreement, we keep on enriching our museums and their exhibits, providing our society, as well as tourists, with a unique opportunity to view numerous artefacts which were used by the legendary Captain Cousteau who truly had Malta at heart,” said Minister for Justice, Culture and Local Government Owen Bonnici.

A renowned ocean explorer, co-inventor of the Aqua-Lung and pioneer in underwater
investigations, Cousteau created an interesting link with Malta when he used the ship Calypso to accompany him throughout his adventures.

The exhibits at the Malta Maritime Museum in Birgu will include a wooden rib taken from the original vessel Calypso which is going to be donated to Heritage Malta to become part of Malta’s national collection. This display will also allow the museum to tackle topics such as sea pollution and other aspects related to marine life and the importance of the oceans for life on earth.

Deep fascination with the sea

Cousteau had a deep fascination with the sea and a strong desire to reveal unknown and inaccessible places to the general public. Never satisfied with the length of time he could spend underwater, he continually sought new ways how to extend the duration of the dive. He is credited with improving the Aqua-Lung design which eventually led to the open-circuit scuba technology that is used today.

With the assistance of engineer Jean Mollard, he gave life to a diving saucer; an experimental underwater vehicle which could reach a depth of 350 metres and later on 500 metres. He participated in the first underwater archaeology operation of the Roman wreck of Mahdia in Tunisia, which utilised autonomous diving and opened the way for scientific underwater archaeology.

Cousteau produced over 120 films and more than 50 books. Yet probably, he is best known for his TV series ‘The Undersea World of Jacques Cousteau’ which introduced intriguing visuals of sea creatures, coral reefs, sunken treasure, ancient shipwrecks, diving saucers and undersea houses to a worldwide audience.

The ship Calypso became an icon in itself. Originally used as a mine-sweeper, then as a ferry crossing between Malta and Gozo, Cousteau modified the ship into an oceanographic vessel, endowed with instruments for diving and scientific research. In 1996, Calypso was accidentally rammed by a barge and sunk in the port of Singapore. However, the ship was recovered in order to be refitted. Cousteau passed away a year later at the age of 87.