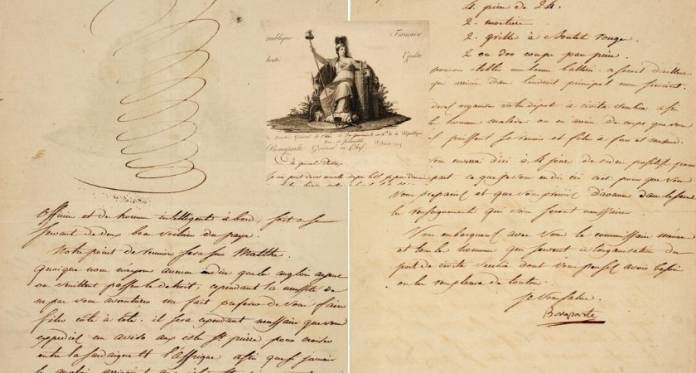 Heritage Malta has just acquired the letter by which Napoleon Bonaparte ordered General Desaix to gather the troops and set sail towards Malta. Until 1798, the islands belonged to the Order of the Knights of St John. The artefact was acquired for €60,000 during an auction by Sotheby’s, the National Heritage Ministry announced on Sunday.

In a statement, the Maritime Museum’s principal curator Liam Gauci highlighted that the letter has great significance for Maltese history.

“In it, one can observe Bonaparte’s strategic military mind at his peak, just prior to his Egyptian campaign,” Gauci said.

The document was acquired through national funds and is now on its way to Malta.

“This document forms a crucial part of the Maltese tale, which is why we deemed its acquisition to be paramount,” stated Heritage Minister José Herrera.

Heritage Malta’s Executive Director Mario Cutajar explained that Bonaparte’s Egyptian campaign brought together the largest expeditionary fleet ever assembled in the Mediterranean. “This letter will therefore be displayed within the context of the Maritime Museum, once restoration works are completed,” he said.

Heritage Malta’s CEO Noel Zammit described the acquisition as a “milestone” in Malta’s modern history adding that it is the “perfect companion” to the extraordinary memoirs of Ċensu Borg Brared, purchased last year.