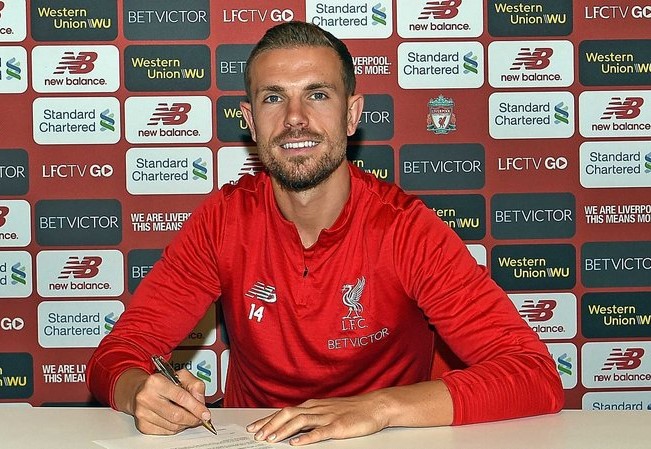 Jordan Henderson has signed a new 5-year contract with Liverpool and is ready to end his career with the club he joined in 2011. The 28-year-old midfielder has made 283 appearances and scored 24 goals since moving to Anfield.

Henderson cost Liverpool £16m when he joined from Sunderland and was handed the team’s captaincy following Steven Gerrard’s departure to LA Galaxy. The England international is one of the most important members in Liverpool’s squad and Jurgen Klopp is convinced that he can improve further. Although he has so far failed to win any major silverware, Henderson has won the League Cup and played in the finals of last season’s Champions League and the 2012 FA Cup.