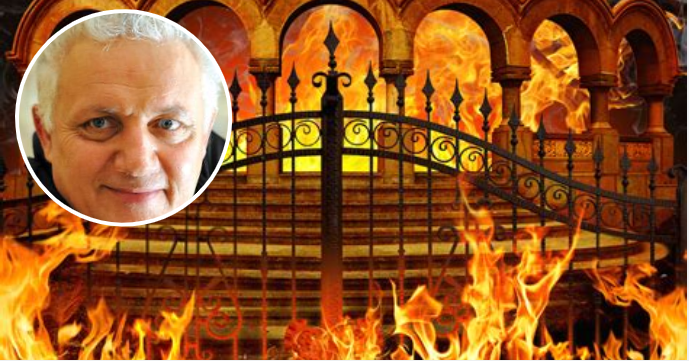 Do you believe in Hell? You may get many answers to this one, and, depending on the creed and spirituality of the respondent, the answers may also be colourful. Hell is other people is a maxim often heard, particularly by those who live in communities. Controversial presenter Peppi Azzopardi is a firm believer in the idiom ‘a hell of your own making’.

This conversation erupted at the tail end of the Saturday RTK program NEWSLINE. A comment sent by a listener related to the topic of crime and punishment, asked Azzopardi if he believed in hell, evoking the Dostoevskyian dilemmas in the popular presenter. Ever quick on the mark, Azzopardi replied “Of course, but I think it’s empty”. Seeing the scepticism laced with some confusion on the face of program presenter Sylvana Debono, Azzopardi elaborated. “I believe in God’s mercy so much that I cannot believe that there is one person, ever, who has not had a kernel of goodness in them” he said. But what about reprehensible characters such as Hitler and Attila, came the instant objection. Even those, retorted Azzopardi, firm in his conviction. “I believe even these had redeeming features which God can find” said Azzopardi.

But where is the justice in that, asked the presenter, weighing in those who do their best to live a good life, into the balance. Evil people live in hell here on earth, came the reply. “Do you think that all the cyber bullies, the back stabber, the corrupt, those who do evil in general are happy? That is their hell, here on earth” opined Azzopardi.

Brexit: Special places in hell and other updates

Coryse Borg   January 24, 2020
In the wake of recent announcements by local banks about downsizing of their branch network, APS Bank CEO Marcel Cassar has stated that his bank has no similar plans in the pipeline.

Reuters   January 23, 2020
Marin, the world's youngest prime minister at the age of 34, said it was not "that big a deal" for women to be in power in Finland but she welcomed the debate her election had triggered.

Keith Schembri back in Malta