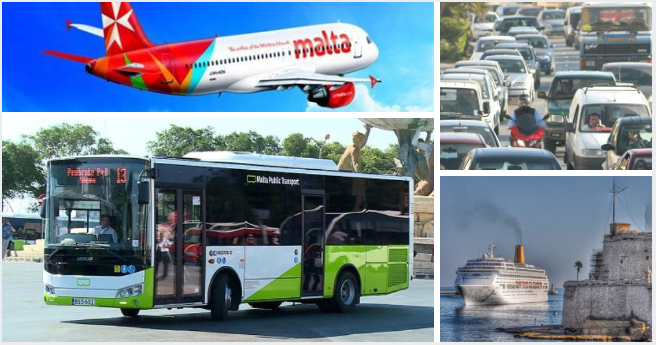 In 2016, most households had an average of 2 cars and the number of ‘new’ cars on the roads increased by 33 daily; half of these ‘new’ cars were used. A new study published by the National Office of Statistics (NSO) for 2016 shows that the number of cars on the road reached 282,933. Traffic contraventions issued by Police and Wardens reached almost the same number, an average of 200 contraventions per day. Traffic casualties increased by 8.2% over 2015 while injuries sustained by 11 drivers, 3 passengers, 8 pedestrians and 1 cyclist proved fatal.

Carbon Dioxide, a harmful greenhouse gas, showed a massive increase of 17.9% over the 2005 levels.

Maltese seem to be taking to the air as passenger traffic through MIA increased by over 10% over the previous with Italy and the UK retaining pole position as most popular destinations.