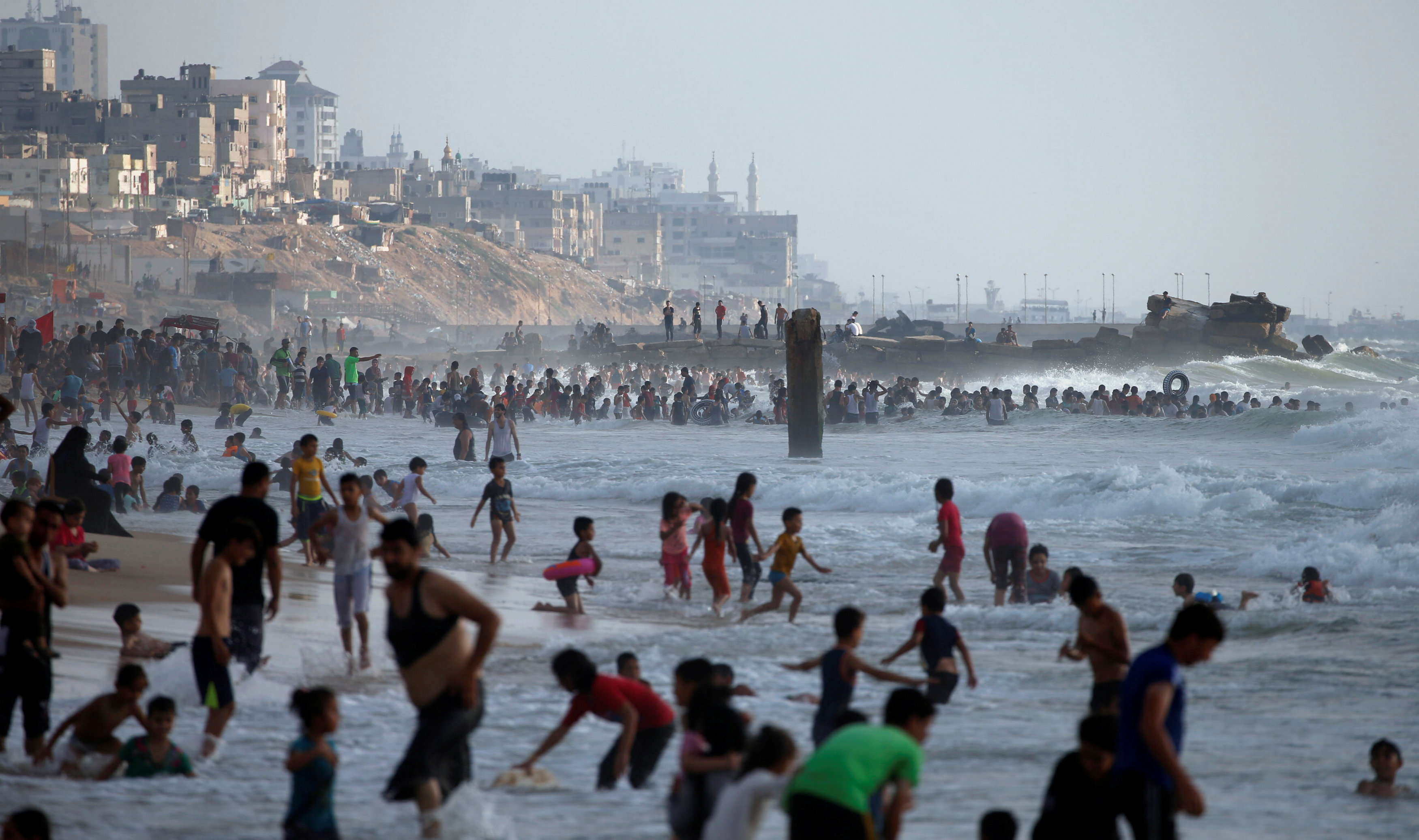 Maher Taha, his wife and six children sit enjoying the breeze on beach in Gaza, doing their best to ignore the rubbish and raw sewage floating a few yards off shore.

The water is polluted and the smell is unpleasant but they need a break from the oppressive heat at home – and there are few other options for a family on their budget with a power supply that only works four hours a day.

“We can see the sewage clearly, and we still come here – it costs us nothing,” says Taha, 46.

“Life is depressing and difficult and people have no escape but the sea.”

Warning signs tell people to stay out of the water at the beach near Nusseirat refugee camp in central Gaza Strip. Lifeguards go up to people and tell them about the dangers.

Power shortages in the territory of two million people have severely disrupted operations at sewage treatment facilities, leading to the discharge of wastewater into the sea.

Gaza, whose main power supplier is Israel, has suffered problems with its electricity for the past decade.

Some citizens blame the shortages on a political rivalry between Hamas, the Islamist group that runs Gaza, and the Palestinian Authority based in the occupied West Bank. Others point an accusing finger at Israel, which along with Egypt imposes tight border restrictions.

U.N. figures showed 108 million litres of wastewater poured into the sea off Gaza every day in May. Pollution levels are four times higher than the international standard, according to the data.

Some richer Gaza families have responded to the pollution by building swimming pools – and renting them out for 300 to 700 shekels ($85 to $200) per day.

A Gaza water park, with several swimming pools and mechanical waves, offers another clean alternative to those who can afford the 10-shekel admission price.

“Water is treated with chlorine and the whole place is computerised,” said Hani Abdelbari, the facility’s executive director.

“It is something that we were used to and lost,” says Reham Shaik, out for a day with her three children.