Government employees working at Karin Grech and St Luke’s Hospital will no longer have their sick leave deducted, UĦM – Voice of the Workers said on Friday.

Employees reporting sick for four days or more were only being paid for the first three days. This led to a situation where in case of long-term illness, employees were suffering from a pay cut. 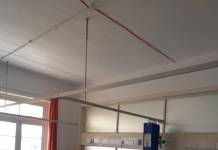 Last week the union highlighted the issue and questioned the reason behind this practice by Steward Health Care, accusing the American giant of being in breach of employment law. The union noted that Steward Health Care acceded to its requests.

Workers who had been ill for more than three days had found a note in their payslip saying that sickness had been deducted. Government workers receive sick leave payment directly from their employer and are eligible for at least 30 days of sick leave annually.

Steward Health Care had denied that it was deducting the sick leave benefit and threatened the union with legal action.

On Friday, the union confirmed that Steward Health Care had accepted its request, ordering that government workers must be paid the sick leave in full.