The Malta Health Network is urging health authorities to reverse their decision to end a smoking ban in the outdoor areas of restaurants, expressing concern that the authorities appeared to be putting economical and financial considerations before health and wellbeing.

In an open letter addressed to Health Minister Chris Fearne and Superintendent for Public Health Charmaine Gauci, the MHN, a network of around 40 organisations involved in the health sector, questioned the rationale leading to the reversal. 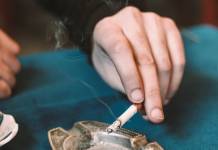 It highlighted that the health risks of smoking, including second-hand smoking, were more than clear, and that it added considerably to expenditure on healthcare. Additionally, it highlighted that smoking ban helped to denormalise smoking behaviours, leading to a decrease in the uptake of smoking, particularly among the young.

Additionally, it pointed out, there was no evidence supporting the narrative that reversing the smoking ban would support the dining sector. Earlier this week, such an argument was made by the Association of Catering Establishments, citing concerns restaurateurs flagged in a survey. 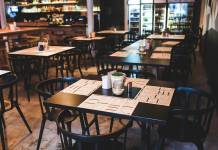 “There exists no peer-reviewed business publications to support that smoking laws have a negative effect on the sector; if anything preliminary research suggests that such bans had a positive association with increase in total sales and no significant negative effects on restaurants,” the network maintained. It also highlighted that according to local surveys, approximately 80% of the adult population were non-smokers.

“Removing article 5(a) from the legal notice you are not only promoting smoking but also putting entire families at risk from exposure to second-hand smoke and making dining experiences, especially in the warmer months less enjoyable,” the MHN said.

“We feel disheartened that the Ministry for Health and the Superintendence of Public Health are putting economical and financial considerations before the health and well-being of the Maltese. We are therefore calling on the relevant authorities to maintain the ban on smoking within 10 metres where food is served,” they said.