The Union for Professional Workers – Voice of the Workers (UPE) is taking necessary actions after a school headmaster was threatened following the news that a positive coronavirus case was detected among the school community.

In a video message on Facebook, the union’s president Graham Sansone explained that the school was informed that the parent of a student attending the school had tested positive for coronavirus over the weekend. The student was not sent to school on Monday, and tested positive for coronavirus later on during the day. The parents informed the school that the health authorities would reach out as part of the contact tracing procedures which kick in once a positive case is detected. To date, however, no one has contacted the school according to the UPE. 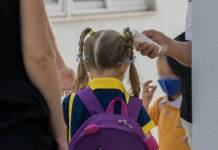 Sansone noted that the school’s representatives have called the government helpline and informed via email about the case, adding that no replies were coming forthwith. The union president reported that a certificate will be sent once the student results positive.

Sansone maintained that so far the headmaster has carried out his duties and cannot do more pending an official notice.

The president took note of the threats being posted on social media by parents and adults including parents whose children do not attend the affected school.

“The union deems such behaviour unacceptable,” Sansone said in the video posted to Facebook.

In his comments to Newsbook.com.mt, Sansone condemned the comments made against the headmaster. He reiterated that the headmaster is not at fault in such a situation and that it is the backlog being experienced by the health authorities in contact tracing procedures which are leading to such delays. He stressed that the headmaster was following the Covid-19 guidelines set by the Education Ministry which provide for such situations and which only allow the school authorities to inform parents once an official notice is received.

Sansone maintained that UPE will take the necessary steps against incitement of violence, adding that it has already informed the Police Cybercrime Unit about the case.

The union will be supporting the headmaster even though it does not represent administration, Sansone said.

The UPE took it upon itself to report coronavirus cases reported in different schools, announcing the different cases on its page.

On Thursday, the union reported the following cases:

Newsbook.com.mt has sent various questions to the Education Ministry over the past weeks asking what is the procedure in case school outbreaks become frequent. To date, no replies have been received.

A record number of coronavirus cases were reported by the health authorities on Thursday, after 112 cases were detected, surpassing the daily record reached the day before by just a case.