The media in Malta are awash with ‘horror stories’ emanating from evidence being presented in Court during the compilation of evidence in the cases against, for example Yorgen Fenech, and the Degiorgio brothers. People are also shocked by what is being revealed during the public inquest into the assassination of Daphne Caruana Galizia.

Fr Joe Borg discussed these and many other questions with Peppi Azzopardi and Albert Gauci Cunningham, editor of Illum during 103’s flagship discussion programme Newsbook Hour on Saturday.

During the programme, Azzopardi and Gauci Cunningham discussed the following points and how our society has changed and how it should be in everyone’s interest to address what has damaged our country’s reputation;

How political parties run their media, how they finance it and their role within a democratic country was also discussed during Newsbook Hour. Peppi Azzopardi explained that to run a television station is not easy. “Many people think that people in the media are rich or make themselves rich through media. In reality, this is not true. It involves big spending,” said Azzopardi. He continued to explain that despite this the political parties stations should not feel that their only solution is to turn on to bug businesses who want or can finance them.

Peppi Azzopardi explained that the way forward to eliminate this is for the government to subsidise programmes which can be aired not only on the national station. He also said that this does not mean that news bulletins can be sponsored neither current affairs programmes which can carry a political agenda.

“Political parties are organisations which contribute a lot towards society and towards our democracy. Let us not forget that through politics we have free educations and a free healthcare system. They deserve to be subsidised,” stated Peppi Azzopardi. 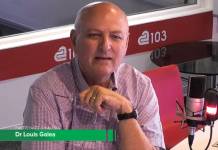