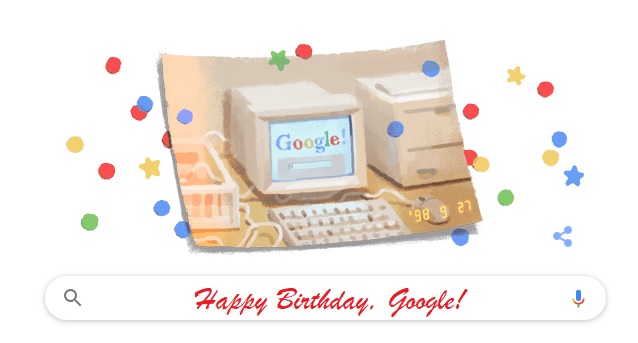 Why is this interesting, you may ask?

Google is celebrating its 21st birthday. The search engine was founded in September 1998 by two PhD students, Larry Page and Sergey Brin, in their dormitories at California’s Stanford University.

Having developed a search algorithm known as ‘Backrub’ two years earlier, Page and Brin chose the name Google for their new project because it recalled the word ‘googol’ – a mathematical term meaning ‘10 raised to the power of 100’.

At a time when the World Wide Web was still in its infancy, Page and Brin’s lofty goal was to “organise the world’s information and make it universally accessible and useful”.

Although initially overshadowed by rival search engines such as Yahoo and Ask Jeeves, Google has grown to become the world’s most popular website, with more than 63,000 searches made every second.