Environment Minister Aaron Farrugia emphasised that his hands were tied when it came to the granting of a development permit to the construction of a sizeable Chinese Embassy in undeveloped land in Pembroke, refusing to defend the project as he did so.

The permit was approved by the Planning Authority on Thursday, with only the representatives of environmental NGOs and of the Pembroke local council voting against the project. 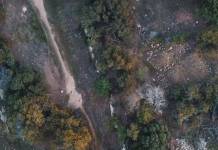 Farrugia was replying to a parliamentary question by the Nationalist Party’s environment spokesperson David Thake, who questioned whether the government was learning from past mistakes as he highlighted how pristine land would be lost in the project.

The minister said that such decisions were difficult ones, but recalled that a PN government had amended the local plan to allow for the development of a Chinese embassy on the site: which was, in any case, within the development zone.

The land was transferred to the People’s Republic of China back in 2015, with the opposition backing the government in the relevant parliamentary motion. Neither Farrugia nor Thake were in Parliament at the time.

Farrugia highlighted that his hands were tied with past decisions “which I may not necessarily agree with,” also bringing up as an example the controversial “rationalisation” exercise that took place in 2006.

He asked the PN to clarify whether it would seek to revise development zones when in government, but warned that there would be legal and financial repercussions to doing so, as people whose property’s value is affected would seek compensation.