Malta’s financial third quarter of 2018, has registered a current surplus of almost half a billion Euros.

According to figures published by the National Statistics Office, the period between July and September, Malta’s current account registered a net profit of €488.3 million. That’s an almost €60 million difference on the third quarter last year. 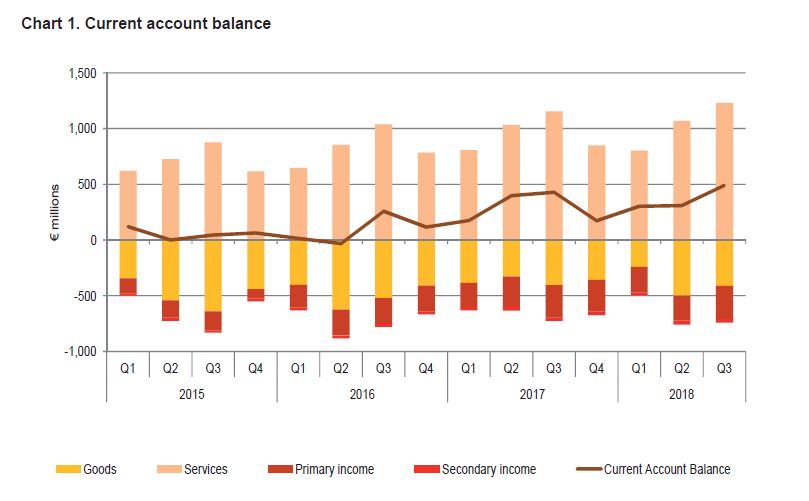 By geographical breakdown, the figure is almost double the current account surplus of the EU. The EU had generated €233.5 million over the July and September period.

The NSO also shows that the biggest increases were found in the services sector. The net payment for this the third quarter, sat at €1,230bn, €76.2m greater than the 2017 period.

This was also visible in the areas of Transport and Travel services. The former reflected at €28m increase this year (€106.8m), the latter €486.9m, a small increase of €3m on last year’s net figures.