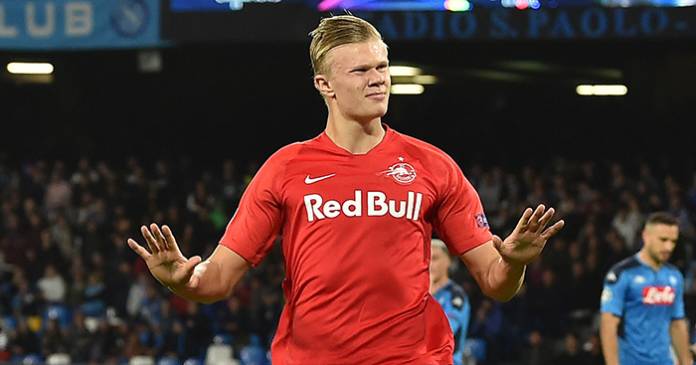 German title challengers Borussia Dortmund have signed Erling Braut Haaland from RB Salzburg for €20m. The 19-year-old, Norwegian sensation has signed a contract until 2024 and will team up with the rest of the squad on January 3.

Haaland stepped into the limelight after scoring 28 goals in 22 games for RB Salzburg, including a record 8 goals in his first 5 UEFA Champions League appearances.

Manchester United, Juventus and RB Liepzig had shown a strong interest in the tall striker but he decided to join Lucien Favre’s team which is brimming with young talent.

“We can all look forward to watching an ambitious, athletic and physically strong centre-forward with a clear goal-scoring instinct and impressive speed, and we hope he develops further in Dortmund.”