Both the General Workers’ Union and the Union of Professional Educators have reacted to the latest proposals issued by the Malta Employers’ Association voicing their disagreement.

In a statement on Tuesday, GWU said it was completely in disagreement with the MEA over the proposal of reducing the salary of civil servants who are currently idle. The GWU said that both civil servants and those employed in the public sector were still carrying out their duties including Customs Officials, Cleansing Department Employees, officials at the Agency for the Welfare of Asylum Seekers, Identity Malta and among other departments.

The GWU highlighted that various employees had to move out of their family homes and seek alternative accommodation to protect their families and continue with their duties. Others have been transferred to other departments to assist in carrying out work associated with the outbreak of coronavirus in Malta.

The GWU said that workers should be praised for their hard work and not punished during the pandemic.

The UPE on the other hand said that it was astounded by the proposal calling for a reduction in salary. The union said that while the MEA put forward a “popular” proposal suggesting a bonus to frontline health workers, it questioned why other frontliners were overlooked – mentioning the Police Force, the Army, the Cleansing Department and Public Transport drivers as an example.

The UPE said that educators have been working harder in the unprecedented circumstances when learning moved online due to the closure of schools. It questioned why the employers’ association did not propose subsidised internet connection for educators who are currently making use of their own internet to ensure the delivery of lessons to their students.

The UPE lambasted the association saying that the measures put forward were “half-baked” and did not address the issues sparked by the pandemic.

The Malta Employers’ Association said that its proposal concerning a reduction in salary to public sector employees only applied to those who are idle and not the entire public sector.

The MEA claimed that sections of the media misreported its statement and the misinformation was taken up by the Malta Police Association and the UHM – Voice of the Workers, both of which issued strong criticism. 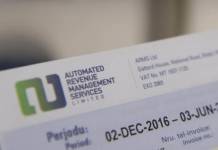 The MEA said that it believes that the police were doing an excellent job given the current circumstances and that in no way it was recommending a cut to their salary.

The association said that however it stood by its principle that any employees who are idle, because there is no work available, cannot be privileged and expect a full pay including allowances for giving nothing in return. It noted that others in the private sector in a similar situation were faced with either reduced income or redundancies.

‘Why does a government employee with no work expect to have more rights than a waiter in a restaurant which has closed?’, the association asked.

“Even within the public sector, it is unjust that so many are going out of their way to provide a service and get the same remuneration as those who are idle.”